Rising inflation has played havoc with household budgets causing anguish to the provider of the family, experts say.

Motorcyles and scooters in a long queue for petrol at a fuel station in Lalitpur. Post File Photo
bookmark

Nepalis woke up on Monday morning to a bombshell. Nepal Oil Corporation had outdone itself in shocking the people by jacking up fuel prices by unheard of amounts.

The price of diesel, the key driver of inflation, had been yanked up by Rs27 per litre. Petrol had become costlier by Rs21 per litre.

“Unprecedented relentless increases in fuel prices. Influenced by international prices yes, but will the government be transparent in its accounting? Was the increase the last resort or merely to generate government revenue?” tweeted Bimal Rawal.

For urban consumers who make up 66 percent of the country's population, the back-to-back price hikes in petroleum products are a cruel blow. Food prices, transport fares, room rents and school fees have all soared to record highs as a result.

Constantly rising inflation has played havoc with household budgets and caused anguish to the provider of the family, say experts. And adding to the pain, prices have been hiked sharply at a time when the country’s economic indicators—from farming to trade—are at their worst.

For the country's farmers, the annual chemical fertiliser crisis during the peak paddy transplanting season is the bane of their existence. Inadequate fertiliser means risks of decreased yield, and consequent loss of income to the farmers.

The state exchequer is facing hard times due to ballooning imports, a rising US dollar against the Nepali rupee and low tourist arrivals.

Economists say this is a sign of stagflation, when inflation rises and economic growth rates slow to a crawl.

“We see a worse situation coming,” said economist Dipendra Bahadur Kshetry. “The government needs to focus on boosting domestic output or else the situation can take a turn for the worse.”

As if the people were not suffering enough, the Sher Bahadur Deuba-led coalition government on Sunday night gave the green light to Nepal Oil Corporation to raise fuel prices.

Transport charges went up immediately after, with the Department of Transport Management allowing transport entrepreneurs to hike fares by 5.30 percent. For cargo carriers plying Tarai and hill routes, the fares have been hiked by 7.7 percent and 6.94 percent respectively.

On Monday, the Airlines Operators Association of Nepal increased the fuel surcharge added to airfares by Rs170 to Rs840, depending on the distance.

While the government has been criticised for the high taxes it adds to fuel prices, it has shown no intention of letting go of this important revenue stream.

Consumer rights activists and economists say that inflation often defies the law of gravity: Once prices go up, they seldom come down.

“Globally, the new enemy is inflation,” said Kshetry. “For a country like Nepal, which imports almost everything it needs, the appreciation of the US dollar means that when the goods arrive, they will come with added inflation,” he said.

Importers will add extra costs to their prices when the shipments reach Nepal.

“Again, opportunist traders will become active in black marketing and prices of goods and services will skyrocket,” said Kshetry, a former governor of the Nepal Rastra Bank. 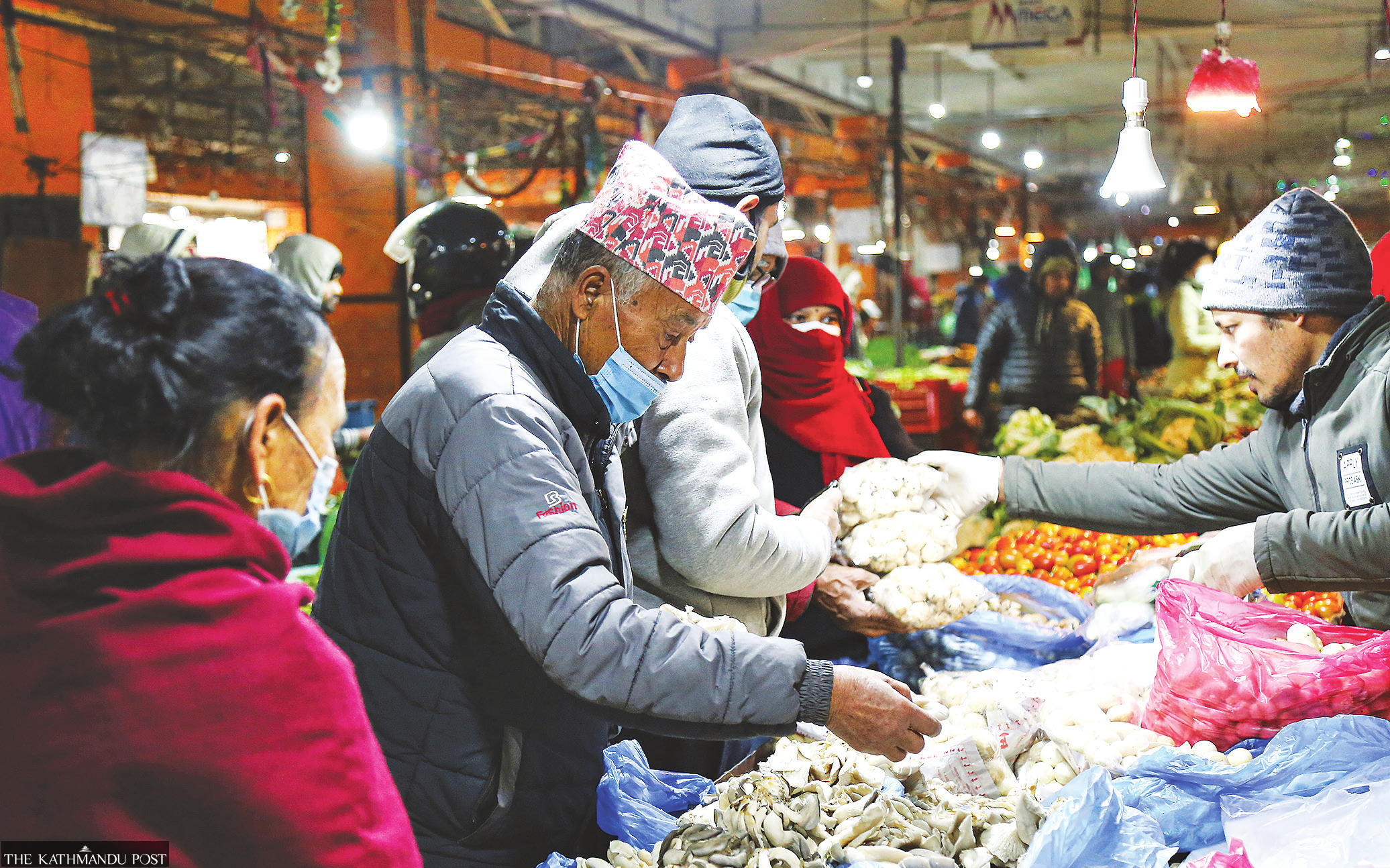 Consumer rights activists and economists say that inflation often defies the law of gravity: Once prices go up, they seldom come down. Post File Photo

When inflation rises, everyone has to pay the increased prices, but research suggests that lower-income families suffer the most. Economists have warned that high prices can bring social unrest.

"The rise in fuel prices has pushed up the overall price of goods and services, hurting the purchasing capacity of people," said Bishnu Prasad Timilsina, general secretary of the Forum for Protection of Consumer Rights-Nepal.

“Consumers, mostly those in the low-income bracket, have started worrying. They are facing difficulties in arranging two square meals a day.”

Manufacturers have adopted a new strategy to protect themselves from the rising costs—giving their customers less for the same price. Makers of toilet paper, chips, packaged food products and juice have quietly made the packets lighter instead of jacking up the retail prices of their products.

The trend is accelerating worldwide, and it has been named "shrinkflation."

Compounding the damage left behind by the Covid-19 pandemic, the Russian invasion of Ukraine has magnified the slowdown in the global economy, which is entering what could become a protracted period of feeble growth and galloping inflation, according to the World Bank’s Global Economic Prospects report released on June 7.

This raises the risk of stagflation, with potentially harmful consequences for middle- and low-income economies alike.

According to Nepal Rastra Bank, the year-on-year consumer price inflation jumped to a staggering 7.87 percent in May, hitting a 69-month high. It was 3.65 percent in May last year.

Economist Govinda Nepal said rising inflation would impact economic growth as investors tend not to invest and consumers tend to cut their expenses and eat less, thus reducing the flow of money in the market.

“Inflation also lowers national savings as people are forced to pay more for the same goods. This alters consumption patterns. The overall impact of inflation is that it will increase hunger or the poverty rate,” he said.

"Fixed-income earners, like people surviving on pension and salary, will face a shortage of money," he said. “This will bring unrest in society.”

According to reports, there are many instances of protests erupting due to price hikes—most recently in Pakistan and Sri Lanka.

The war in Syria and the Arab Spring uprising in 2011 both were preceded by food price spikes and supply issues, reports say.

"Rising inflation will also hinder access to education and health. The lower middle class becomes unable to pay education fees. Since only a few people have health insurance, there will be problems in getting health service," said Nepal.

“Continuous price rises have created mental stress among people, leading to a decline in their productivity as the situation is becoming alarming,” Nepal said.

As there is already a shortage of chemical fertiliser during the paddy transplantation period, farm production will suffer.

The government has planned to increase food production by 30 percent in the next fiscal year, but the target seems to be too ambitious, economists say.

Paddy saplings have turned green in the nursery of Ashok Kurmi in West Nawalparasi. Despite not being connected to an irrigation network, he is not much concerned, as he can use water pumps to irrigate his farm. His main worry is fertiliser.

Agriculture Inputs Company, the government’s supply body, does not have enough fertiliser, he said.

Economists have warned that if the government fails to provide chemical fertiliser to the tens of thousands of farmers who are desperately seeking the plant nutrients, it could weigh on future crop yields and keep food supply well below demand.

“If I fail to transplant the seedlings within the next few days, they will turn yellow,” Kurmi told the Post. “Without fertiliser, the plants won’t grow. When the plants don’t grow, the yield drops.”