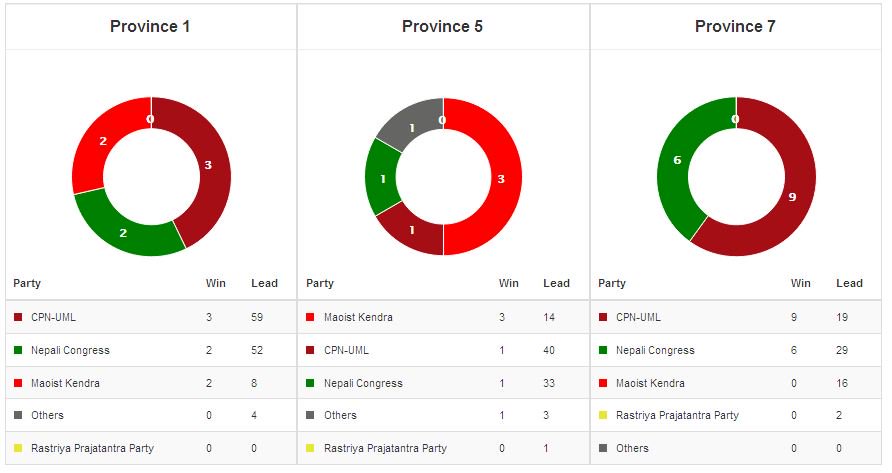 ***Overall vote count lead. UML is ahead with lead in 119 units. 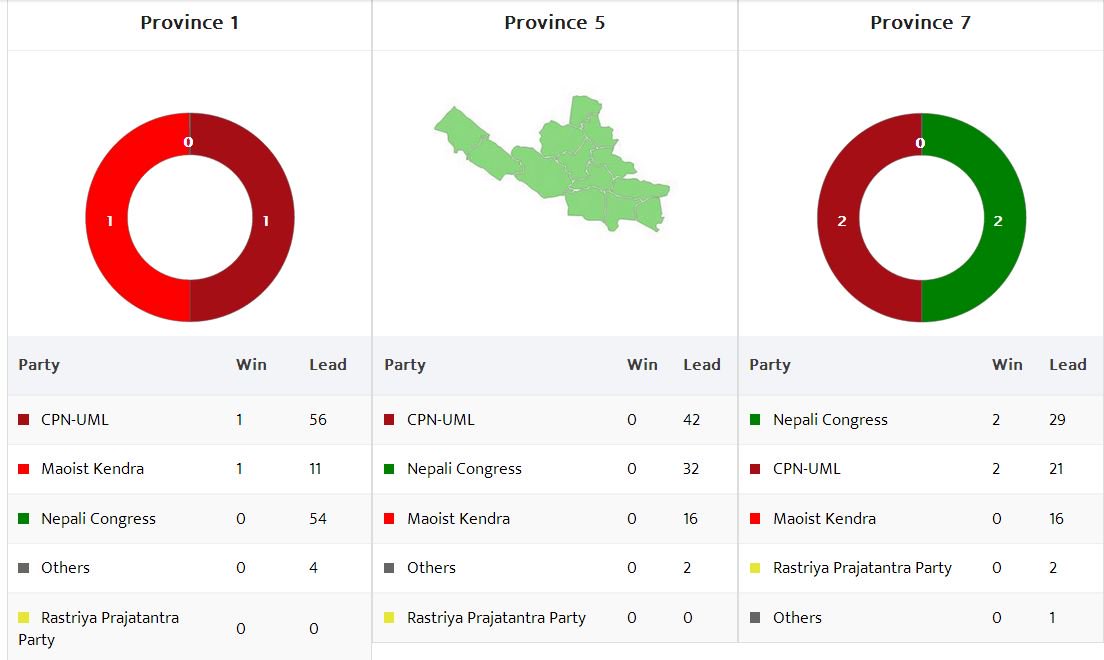 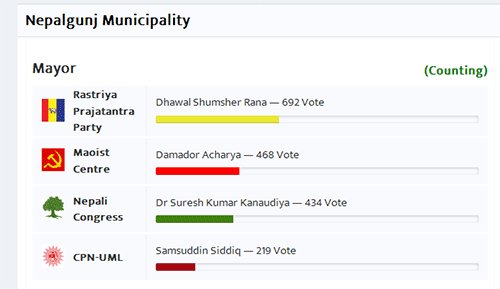 ***In Naubahini village council in Pyuthan, UML's candidate leads by a single vote over Nepali Congress. 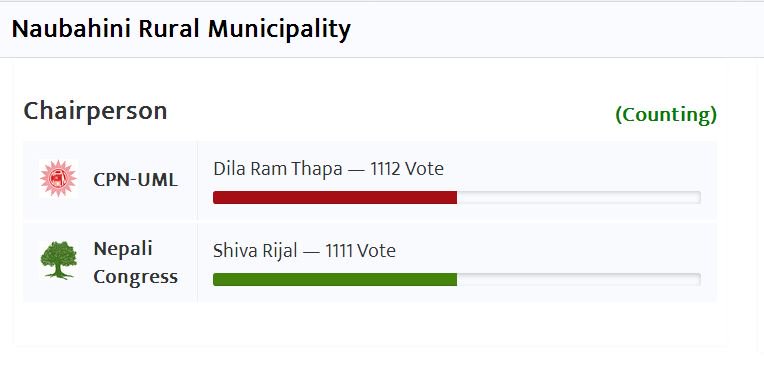 ***Overall vote count lead. UML is ahead with lead in 119 units.

***Baitadi district counting: CPN-UML leading in 4 local units, NC in 2 and RPP in 1.

***CPN (Maoist Centre) leading in Sunsari’s Barju Village with 334 votes, while UML is trailing with 251 votes

***NC is also ahead in vice chairperson race in Banglachuli.

***In Banglachuli, Dang, NC is ahead in chairperson race.

***Update from Tulsipur Sub-metropolitan in Dang

***Vote counting yet to begin Rukum's three units in province 5. Ballot boxes are being collected.

***In Province 7, NC ahead of UML and Maoist Center

***NC leading in 24 local units until 10 am after early vote count.

***In Bajura, Nepali Congress leading in two local units, UML in one.

***CPN-UML is ahead in Basgadi Municipality, Bardiya

***Count is going on in six of the 15 local units in Jhapa district.

***Vote count has begun in 3 of the 10 local units in Palpa. Count began in Tinau, Mathagadhi & Baganaskali.