‘To reach where I am now, I had to struggle a lot’

Asha Magrati, a renowned actor and filmmaker, on what it is like to be a woman from a marginalised community in Nepal’s film industry and her efforts to change the way things are in Nepal’s filmmaking landscape.

Asha Magrati landed her first acting role when she was only 13. Photo Courtesy: Aadi Productions
bookmark

When Asha Magrati was a school-going student, she had already set her mind on what she wanted to become when she grew up: an actor.

A cinephile since her childhood, the world of movies always appealed to Magrati. As a child, Magrati saved her pocket money and spent them to watch new movies.

“Even watching the end credits made me happy. If I didn’t have the money to watch the whole film, I would run and enter the screening room, just to see ‘The End’ on the big screen,” laughs Asha, recalling her childhood.

But for Asha—who was born in a middle-class family in Dharan and did not know anyone from the film industry–fulfilling her acting dreams wasn’t easy. The journey has been full of adventures and adversities, she says.

“To reach where I am now, I had to struggle a lot. I was typecasted, not seen worthy as a lead actor by Nepali filmmakers, and also had to struggle financially,” says Asha, who spoke to the Post via a Zoom call on a sunny day from Willmington, North Carolina, where she’s currently living.

But whatever struggles that came her way, she faced them bravely and kept working and believing that she would act in films that tell the stories she could resonate with.

Asha began her career, which spans nearly two decades, in theatre and slowly transitioned to movies doing small cameos in films like ‘Karma’ and ‘Kagbeni’. However, it was only in 2008 when she co-founded Aadi Productions with filmmaker Deepak Rauniyar (who’s also her husband) that her career trajectory changed, and she successfully established herself as a renowned actor by acting in critically acclaimed films like ‘Highway’ (2012) and ‘The White Sun’ (2015). Both films were screened at prestigious film festivals like Berlin International Film Festival, Venice Film Festival, Toronto Film Festival, and many more.

Asha is now gearing up for the release of her latest short film, ‘Four Nights’, directed by Rauniyar, who co-wrote the film with her. The short film will be screened at 72th Berlin International Film Festival.

In this interview with Post’s Ankit Khadgi, Magrati shares her acting career, her past experiences of facing racism in the Nepali film industry, and the kind of movies she’s interested in making. Excerpts. 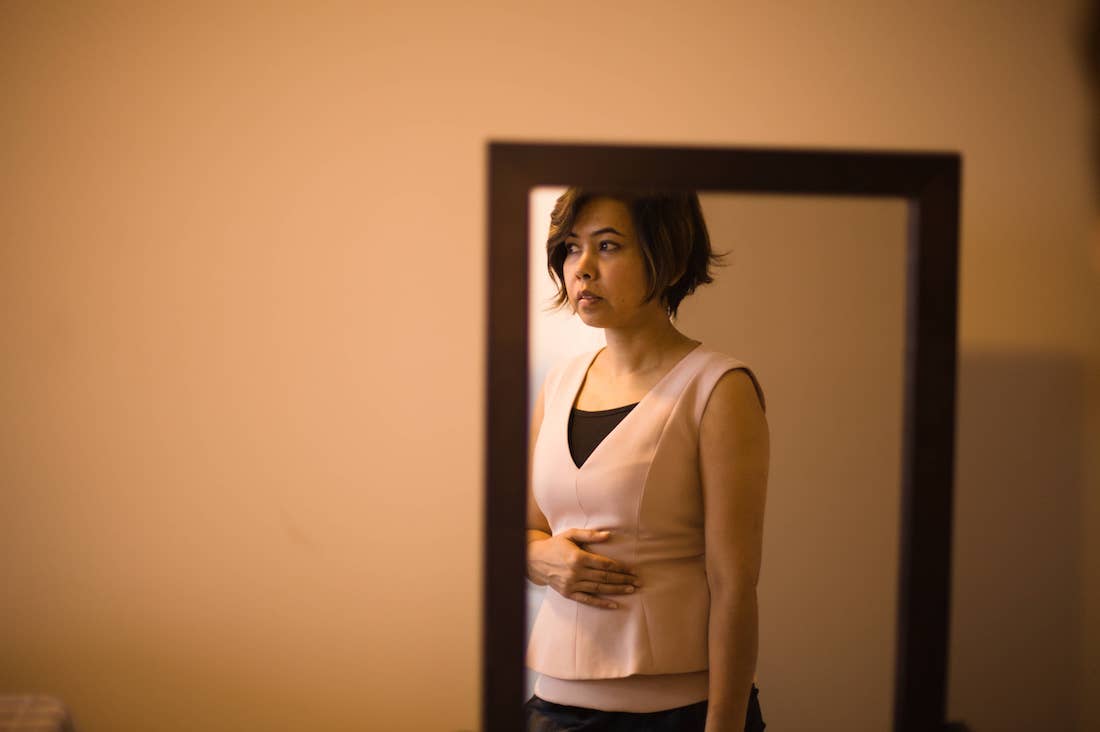 What made you fall in love with movies?

Ever since I was a little girl, I have loved watching movies. I grew up in Ghopa army camp in Dharan, and inside the camp, we had this culture of watching movies from around the globe once a week. Adults had to pay Rs 1 to watch a film, while children were charged 50 paisa for the same.

Throughout the week, I would save my pocket money so that I could watch a movie. If my parents didn’t allow me to go or give me money, I would cry and persuade them. Watching movies satisfied my soul.

How old were you when you landed your first acting role?

I was 13 and it was for a school play. I was a very shy kid who didn’t talk much and mostly kept to myself. But strangely, my interests were dancing and acting, both of which require one to perform in front of people.

One day, I learned that a play was being organised in our school, and a friend of mine asked me if I was interested.

I immediately said yes, which shocked a few of my friends, as they never expected a shy girl like me would even have an interest in acting.

Many doubted if I would even be able to pull it off, but I went with my gut decision and took part in the play.

As someone who didn’t come from the film industry, it must have been tough for you to get your foot in the door.

When I came to Kathmandu for the first time, I didn’t know anyone. All I had with me was a phone number of a theatre professional, and that person gave me a place to stay for a week.

In 1997, I enrolled myself in a year-long acting course at Rastriya Naach Ghar, and this allowed me to get to know many people from the field.

During my time at Rastriya Naach Ghar, I got many work opportunities to act. But in those days, actors didn’t get paid much, and to save money, I would walk instead of taking buses. To survive in Kathmandu, I even worked as a librarian and housekeeping incharge at Vajra Hotel. I also taught acting at a school. But no matter how tough things were, I never quit acting.

After struggling for some time, I got the opportunity to play lead roles in acclaimed and popular plays like ‘Seto Bagh’ and ‘Basanti’. I even directed and acted in a play called ‘Deuta ki Aama’.

After doing theatre for some time, I got an offer to work with Nabin Subba, who was making ‘Dalan’, a teleserial, and in 2008, I landed a role in the movie ‘Kagbeni’.

In 2008, you and Rauniyar founded Aadi Productions. What made the two of you start your own production house?

It was on the sets of ‘Karma’ (2006) when I met Dee (Deepak Rauniyar) for the first time. Since we were working in the same field, we quickly became friends. We started helping each other out.

He helped me a lot during the production of ‘Deuta ki Aama’. When he left his job as a critic, he produced radio plays and we frequently collaborated with each other. Since we enjoyed working together, we decided to start our own production house.

In those days, filmmakers didn’t give space to stories we could resonate with, and as film professionals, we were driven to bring a change in how the Nepali film industry functioned by producing our own films to tell our own stories.

During one of the Dashain holidays, we went to Janakpur and made our first film, ‘Chaukhat’, which was based on a real-life story. We have since been making films that tell the stories of our lived experiences.

You have always been vocal about racism in the Nepali film industry. Have you ever experienced racism while working in this industry?

I think the Nepali film industry still hasn’t embraced the concept of diversity. Except for Daya Hang Rai, there’s hardly any actor from the indigenous community working in mainstream movies.

If I have to speak about my experience, it’s not that I didn’t try to audition to get the lead roles. But sadly, only a handful of filmmakers would agree on making me the main character. In most scenarios, they would box in supporting roles, merely as tokenism.

Initially, I also got a lot of rejections while auditioning for radio plays. The plays’ producers would tell me that my Nepali is not suddha (pure). I still don’t know what suddha Nepali means, but what I know is that what they said was one form of racism.

In 2020, you co-founded Gograha, a film initiative that aims to nurture young Nepali filmmakers who have a conscious voice. What led you to start the initiative?

Both Dee and I faced many challenges during our early days in this profession. There was no one to teach or guide us. As we are familiar with how difficult filmmaking can be, we wanted to create a platform to assist young Nepali filmmakers in their journey of telling diverse stories.

And that’s what led us to start Gograha. Through this initiative, we train emerging filmmakers on how to find funds for their projects and also educate them on how they can send their films to festivals. This is our small contribution to Nepali cinema, and we hope that this initiative will help build the momentum of producing quality cinema.

Your new short film, ‘Four Nights’, will be screened at the Berlin International Film Festival. How does it make you feel?

I am obviously overwhelmed with happiness. It’s every filmmaker’s dream to get the opportunity to screen their movies at an international film festival. So, receiving such an opportunity for a film that is close to my heart makes me happy.

Besides acting in the film, I also co-wrote the script. And to add to that, the film also takes some inspiration from our own experiences as immigrants in New York, which makes it more special.

Lastly, any suggestions you would like to give to aspiring actors?

The one suggestion that I would love to give to emerging Nepali actors is to explore other facets of filmmaking. In Nepal, it’s difficult to financially sustain with just acting. So it would be good if an actor has expertise in other areas of filmmaking like lighting, writing, and direction.

By learning other skills, the actors, even if they can’t get acting gigs, will be able to survive and work in the movies. Plus, being self-sustainable is always a good idea. One can also use these skills and make their own film and act in it, instead of waiting for another filmmaker to make it for them.