Venezuela's President Nicolas Maduro has delayed the withdrawal of the 100-bolivar banknote until 2 January.

Venezuela's President Nicolas Maduro has delayed the withdrawal of the 100-bolivar banknote until 2 January.

The sudden change of policy comes after days of economic chaos.

In a national broadcast, Mr Maduro claimed his country had been the victim of international sabotage, which had prevented new 500-bolivar currency notes arriving in time. 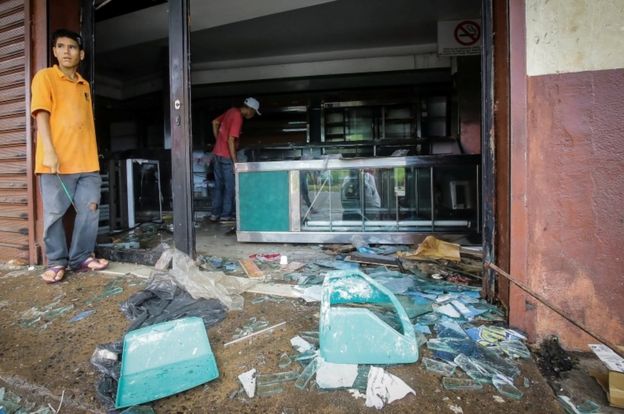 Looting has broken out, including at this bakery in Ciudad Bolivar

Many Venezuelans have spent several days in long queues trying to hand in or swap the old notes.

Thousands of shops have closed because of a cash shortage, and the public have been forced to rely on credit cards or bank transfers. Many were left unable to buy food.

Anger over the move led to skirmishes in six cities on Friday, the Associated Press reported. It said 32 people were taken into custody and one person was injured. 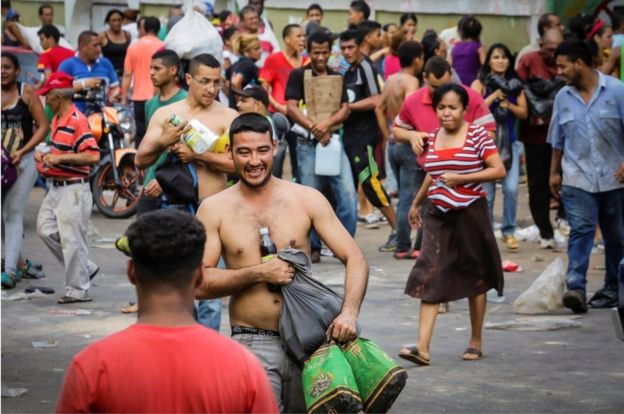 In Caracas, people waved their 100-bolivar bills in the air and chanted "they're useless!" - then turned and ran as police in riot gear fired tear gas.

The government had said the scrapping of the 100-bolivar note was necessary to prevent smuggling.

The president said the aim was to tackle gangs which hoard Venezuelan currency abroad, a move he has previously described as part of the "economic war" being waged against his government. 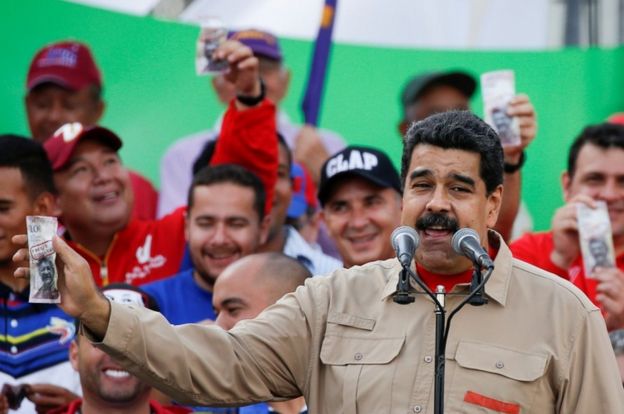 Mr Maduro has said the gangs hold more than 300bn bolivares worth of currency, most of it in 100-bolivar notes.

He said there were "entire warehouses full of 100-bolivar notes in [the Colombian cities of] Cucuta, Cartagena, Maicao and Buaramanga".

The president said one reason for withdrawing the banknotes was to block any of the 100-bolivar notes from being taken back into Venezuela so the gangs would be unable to exchange their hoarded bills, making them worthless. 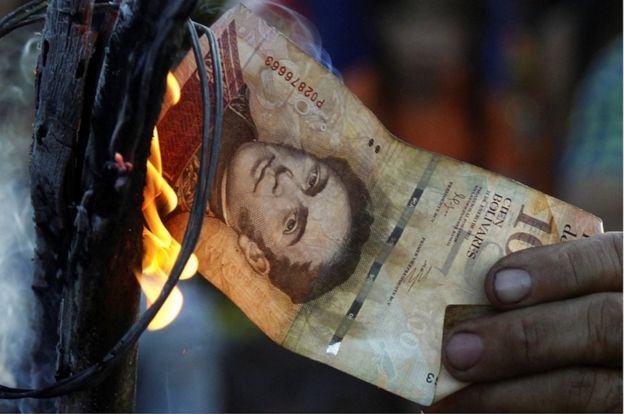 Central bank data suggests there are more than six billion 100-bolivar notes in circulation, making up almost half of Venezuela's currency.

Economic experts fear scrapping the note will have little positive effect on the country's chronic economic and political problems.

Opposition leaders say the initiative shows that President Maduro is ruining the economy and must be ousted.

WHO meets to designate new variant, cautions against travel measures