For social distancing reasons, the government has ordered museums to remain closed, but this could enlarge the gap between the institution and the public and hinder museums’ development.

On a cloudy Monday morning, there’s a handful of people roaming around Patan Durbar Square: children have their masks hanging from their ears but barely covering their mouth or nose. At the bench just outside the Patan Museum, elderly men sit together as though the pandemic had never come. But the golden entrance of the museum is locked. Things are yet to become normal.

As the front doors are locked, Suresh Lakhe, the museum officer, takes the back entrance surprising the workers stalling on the courtyard, enjoying some trifle chatter. The restaurant inside the museum is closed. The empty tables and the courtyard, in the absence of the customers and the dense undergrowth, give the museum a bit of an eerie, abandoned look.

Lakhe immediately brings their attention to the upkeep of the galleries. They tell him they will finish cleaning by the afternoon but they loiter around for a bit. As Lakhe walks to his office, it is apparent that much of the museum staff are still figuring out how to resume work, where to begin and how do they start working?

“Currently we are working on cleaning and maintaining things around here with just a few staff as we were closed completely for almost three months,” says Lakhe.

Around the world too many museums have remained to be shuttered amid this pandemic for the public. According to studies by the UNESCO and the International Council of Museums (ICOM), more than 90 percent of museums were closed because of the pandemic of which about 13 percent perhaps will never reopen.

Fortunately, for museums in the Valley that are affiliated with the government under the Ministry of Culture Tourism and Civil Aviation, their sustainability has not yet been threatened. Even for the autonomous Patan Museum, things still look hopeful, says Lakhe. But things could take a turn for the worse if museums remain shut and lose out on their already falling viewership.

In 2018, former chairperson of ICOM Nepal, Bijaya Kumar Shahi, in his conference paper presented in Auckland, New Zealand, wrote that one of the main challenges of museums in Nepal still is “fewer viewers in the museum with no strategy, plan and project to attract more visitors.” He assessed that museums in Nepal continue to struggle because they do not have a devoted, regular audience. Much of the museum sector of Nepal depends on tourist visitors for sustenance, as many local visitors never return to the museums after their first visit.

“It is quite evident that we will be at a loss during this pandemic. But it’s not just with this crisis,” says Lakhe. “Each time during any crisis that has affected the tourism and culture sector we have suffered because we are not better prepared and because we have not been able to hold and build on our audience.”

The National Art Museum at Bhaktapur has also resumed work, although visitors are still barred. Before the pandemic started, on an average, more than 500 visitors used to visit the museum during holidays and weekends, says Saraswati Singh, the museum chief. “Now there is a zero turnover,” she says. “While that does not directly affect the sustenance of the institution, as the government backs it, we have been informed that our budget has been cut as the fiscal year budget is prioritising the health and the economic sector,” says Singh.

For government-backed museums like the one in Bhaktapur, the budget is divided for salary of staff, upkeeping, conservation, infrastructure, research and various programmes of the museum. But the budget is inadequate and often gives less legroom for the museum to organise programmes to engage with the audience, say museum operators.

“This year we had plans of doing mobile exhibitions in schools and even temporary exhibitions, but all our plans have now failed. And now we are looking into how to go digital but that again requires a human resource of its own,” she says. The museum also struggles because reconstruction works of the museum after the earthquake are still interfering with their plans. “Even if we open the gallery, we have to be very cautious as our space is still limited,” says Singh.

To take things forward for museums, Jayaram Shrestha, museum chief of the National Museum, in Chhauni, has also been presenting papers in meetings with various institutions of the cultural sector on the directives of how to reopen museums safely. But like Suresh Lakhe, he too believes the main challenge still will be retaining the interest of the audience. 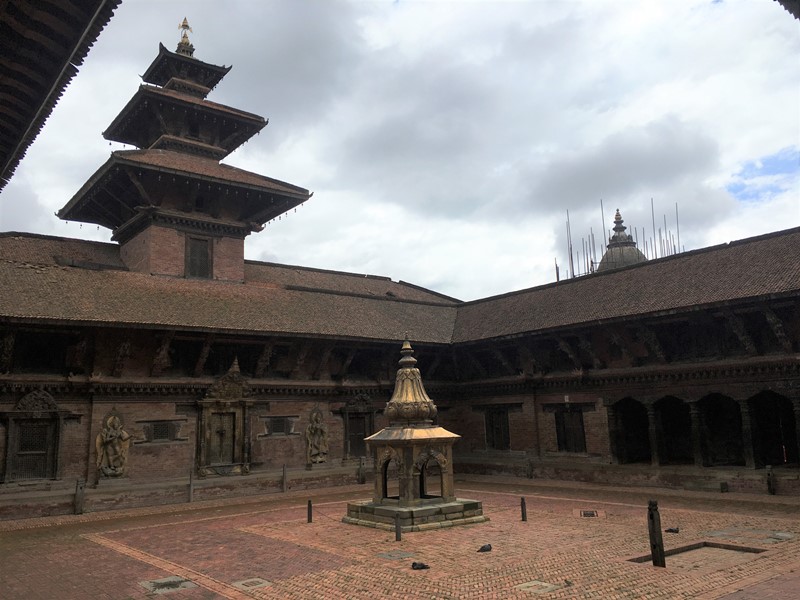 “Besides the technical challenges related to the upkeep of the museum, we also have to make sure that we don’t stretch further the gap that has always been there between the audience and institutions like ours,” he says. Over the months of the lockdown, the museum has been actively uploading photographs of artefacts and the museum on their Facebook page to keep viewers engaged and entertained.

But with no tourist visitors for the foreseeable future, museums now will have to look at how to build on the interest of domestic visitors, says Shrestha.

However, achieving that feat is filled with roadblocks all the way, from managing the budget to figuring out ways of reaching out and changing the mindset of people, who do not understand the cultural reverence of museums. “Museums are much more than spaces for traditional art. It’s an educational space for interaction; it is a place to boost our connection with the intangible heritage that we have,” says Lakhe, who is also the chair of ICOM Nepal.

For example, last year, during the Bunga Dyah Jatra (Rato Machhindranath Jatra), Patan Museum had brought together the documentation of 80 years of the celebration adding value to the Jatra during the same time the festival was ongoing in the Valley. The exhibition was well received with more than dozens of visitors every day—but interest in museums still lies in a very niche group. “Such kinds of intervention not only help in communicating our history with the community but also help build curiosity for museums like ours. But many people still don’t understand the concept of the museum itself and that is why we haven’t been able to bring in new audiences,” he says.

And the journey to increasing that audience is going to take time, as many of these museums are yet to hold a strong digital presence with public engagement. For instance, the Facebook page of National Art Museum, Bhaktapur, has made no new posts since January and their website is still inoperative after the hackers attacked several government websites in May.

“There’s a lot that we need to look at right now. Our website still isn’t working since it got hacked,” says Singh over the phone to the Post. “We need to build on manpower to support our digital efforts,” she says.

According to the statistics of the Department of Archeology, there are more than 50 museums in the country including community and private museums. But a majority of these museums fail to meet international museum standards of actively acquiring and expanding their knowledge because it still adheres to the traditional way of displaying artefacts. “Much of the museum's functioning is still constrained because of the government given budget,” says Karna Maharjan, program coordinator of the museology programme at Lumbini Buddhist University.

While the scope of museology has been attracting many young people to understand art history and the culture of the country, museums still fall short in terms of information accessibility and relevance.

“It’s also because we don’t have museum specific policies in the country which is impeding the development of museums,” says Swosti Rajbhandari Kayastha, lecturer of museology. “The cultural policies in relation with the functioning of the Department of Archeology has been helping with the formation of entities but the lack of specificity has been obstructing the development pace given that we have always understood why permanent non-profit institutions like museums are important,” adds Kayastha.

The failure of museums to give audiences an immersive experience has kept interest among the local audience at a minimum. “Rarely, does a local visitor ask for guidance, they just come in to pass their time,” says Lakhe.

At a time when sovereignty, human rights, indigenous cultures and caste systems have become part of daily discussion among people from all strata, museums too should have been pivotal platforms to discuss history and culture, but they have still not found their space and time.

“A museum needs to appeal to the masses, it needs to be a space where they can return to learn, a space that is continuously building on documenting new history, but we haven’t yet reached that stage of growth yet,” says Maharjan.