The 82-year-old, who has had health problems in recent years, reportedly does not wish to remain emperor if he has to reduce his official duties.

He has been head of state for 27 years and his abdication would be an unprecedented move in modern Japan.

His eldest son, Crown Prince Naruhito, 56, is next in line to succeed him to the Chrysanthemum Throne.

He plays a largely ceremonial role but is respected deeply by many Japanese and has been admired for distancing the monarchy from its association with the aggressive nationalism of World War Two. 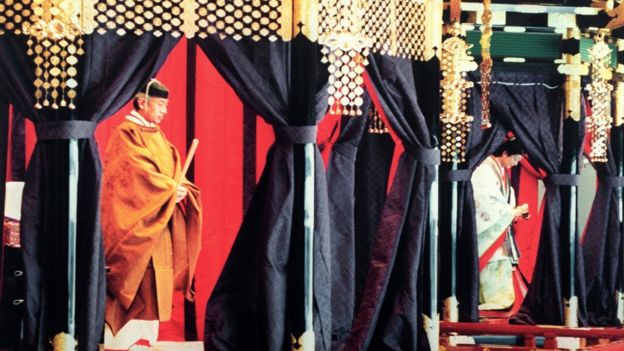 Emperor Akihito's coronation was in 1990

The BBC's Steve Evans in the capital, Tokyo, says Emperor Akihito would be the first Japanese emperor to abdicate in 200 years.

Our correspondent says in 1989 he succeeded his father, Hirohito, who had had the status of a living god in Japan until he was stripped of that role by the victorious Americans who wrote the country's post-war constitution

Emperor Akihito had surgery for prostate cancer in 2003 and a heart bypass operation four years ago.

In 2011, he took the highly unusual step of making a televised national address following the devastating earthquake and tsunami at Fukushima.

This was a revolutionary gesture in a country unused to even hearing or seeing emperors, our reporter says.

Footballs should be sold with health warning, says dementia expert