Nepali language films have always dominated the country’s celluloid history, but Nepali cinema has a lot more to offer. Here are some gems that showcase its true diversity.

It was two decades after the release of the first Nepali-language film (‘Satya Harishchandra’) that ‘Silu’, the first-ever Nepal Bhasa feature film, came out. While since the movie's release, which was in the ’80s, many filmmakers have crafted stories of indigenous people reflecting the country’s cultural diversity, very few have received the opportunity to screen their movies in cinema halls, limiting their screening to film festivals only.

In fact, till date, the representation of indigenous-language films in Nepal’s cinematic sphere is sparse, with even portrayals of indigenous characters in Nepali movies either depicted as villains or deployed as comic relief characters.

But Nepal’s culture is diverse and vast, and the film sphere has not been able to justly capture that essence. To get a better understanding of Nepal's varied, rich cultures, here are some movies based on indigenous communities that you can watch. Released in 2004, ‘Numafung’ by Nabin Subba received appreciation from both the masses and critics for its realistic and sensitive portrayal of Limbu traditions. Based on the story Karbar ki Gharbar, originally written in Limbu language by Kajiman Kandangwa which later Bairagi Kancha translated in Nepali, ‘Numafung’ explores the traditional Limbu practice of ‘sunauli rupauli’, in which the parents give away their daughter's hand to men who can offer the highest amount of money and gold.

Divided into five sections, the movie highlights the plight of women, like Numafung, who have to suffer because of this unjust social practise of ‘sunali rupauli’. The movie presents an authentic depiction of Limbu traditions and rather than using on-your-face moral policing tactics, the director puts forward a realistic depiction of what can happen because of this particular practise, leaving a powerful impact on the audience.

The stellar performance of the cast and the ethnographic detailing makes Numafung a must watch movie.

Based on the backdrop of Dolpo, the remote mountainous region where the villagers take caravans of yaks across the mountain to lowlands carrying rock salt for trading, Eric Valli’s ‘Himalaya’ (also known as Caravan) meticulously depicts the lives of the Dolpo people, allowing the people all over the world to have a closer look at their culture and traditions.

An Academy Award nominee for the Best Foreign Film category, ‘Himalaya’ is a story about the conflict of ideology between an aging chief, Tinle, and a youngblood, Karma, and how both adhere to their strong beliefs of how to continue the age-long tradition of the salt journey of the group.

With breathtaking scenes and convincing acting performances of the cast, who largely are locals of Dolpo, this picturesque, ethnographic piece of cinema can help you understand the life and culture of the Dolpo people, who are largely ignored by the vernacular media, depriving the masses to know their culture and traditions. 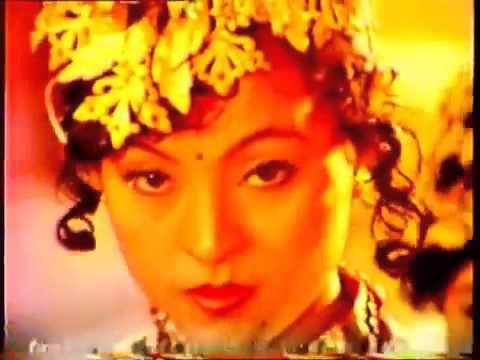 The second Nepal Bhasa film, ‘Rajamati’, is one of the most successful ethnic films of Nepal. Based on a ballad, ‘Rajamati’ stars Hisila Maharjan playing the titular character of Rajamati, a girl from Itum Bahal, whose beauty enchants many men who want to marry her. Ratna (played by late Sri Krishna Shrestha), a trader, is smitten by Rajamati and wants to marry her. But Rajamati falls for a flower seller who reciprocates her feelings. However, luck doesn’t favour them and they meet with a tragic end.

The movie deviates from the original folklore, and experimented with the introduction of new characters in the story. The film also took Nepali films to a whole new level by becoming one of the first films which people were ready to watch again and again in the cinema hall. The iconic rendition of the classical song ‘Rajamati Kumati’ by Prem Dhoj Pradhan for this movie is also still celebrated. This Neer Shah-directed classic is a must-watch. Based on the real place, Takasera, a village of Rukum district, the movie ‘Takasera’ is an observational, slow-moving documentary about the everyday lives of the Kham Magar, the inhabitants of the area.

Once a region where the Maoist forces had a stronghold, the documentary, by Eva Pivač and Matjaž Pinter, presents the current socio-political and cultural realities of the area, whose history and glory has been forgotten. What makes this documentary great is that the filmmakers are successful in making the audience live the reality portrayed in its frames, making them understand the Kham Magar people’s traditions and practises and also depicting the lives of those people who had joined the war with dreams that were never fulfilled.

The pacing might be too slow for few, but the ethnographic details this film highlights brings us up close with the diverse culture of the Kham Magar community.