Nepal Rastra Bank has issued a notice for Nepali citizens holding the fourth series of Qatari banknotes to exchange the bills as they will become illegal and indemnified currency from July 1, 2021.

The central bank, through its notice, issued on Tuesday, has asked Nepalis holding the fourth series of Qatari banknotes to exchange them by May 10 through Nepal Rastra Bank’s banking department, its provincial offices, and all the licenced banks and financial institutions and money exchangers across the country.

Qatar Central Bank has referred to the decision of the Governor of Qatar Central Bank No. 99 / of 2020 issued in the Official Gazette on 12/27/2020 regarding the withdrawal of the fourth series banknotes from circulation starting from December 18, 2020, after the launch of the fifth series.

Qatar is one of the top destinations for Nepali migrant workers. 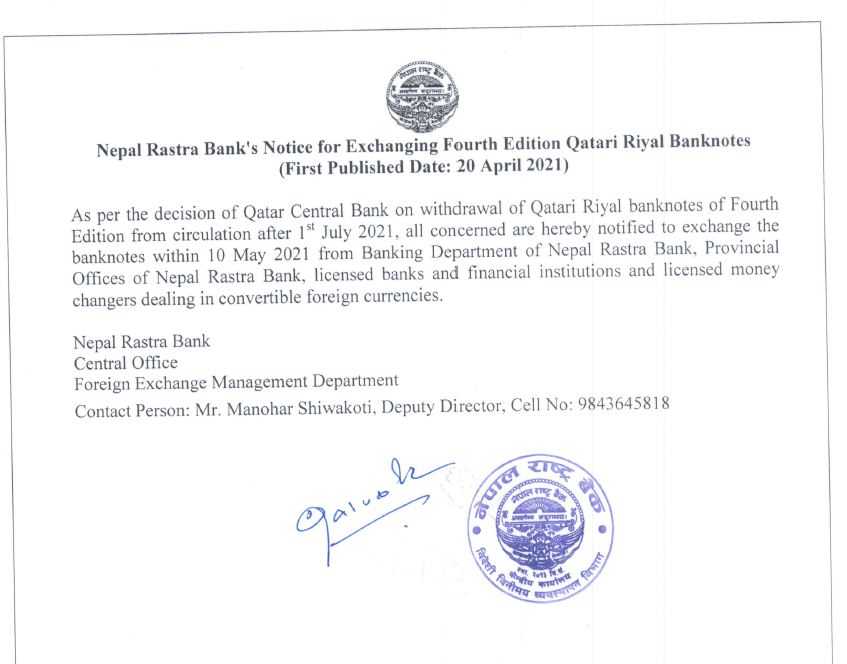 High-level talks being held to keep the food coming

Monsoon rainfall is good for economy but watch out for natural disasters, experts say