India has published a list which effectively strips some four million people in the north-eastern state of Assam of their citizenship.

India has published a list which effectively strips some four million people in the north-eastern state of Assam of their citizenship.

The National Register of Citizens (NRC) is a list of people who can prove they came to the state by 24 March 1971, a day before Bangladesh declared independence.

India says the process is to root out hordes of illegal Bangladeshi migrants.

But it has sparked fears of a witch hunt against Assam's ethnic minorities.

They say that a lengthy appeal process will be available to all - even if it means millions of families will live in limbo until they get a final decision on their legal status.

Hundreds of thousands of people fled to neighbouring India after Bangladesh declared itself an independent country from Pakistan on 25 March 1971, sparking a bitter war. Many of the refugees settled in Assam, a state which now has more than 30 million people.

The Indian government considers those who arrived before the war began as legitimate citizens. 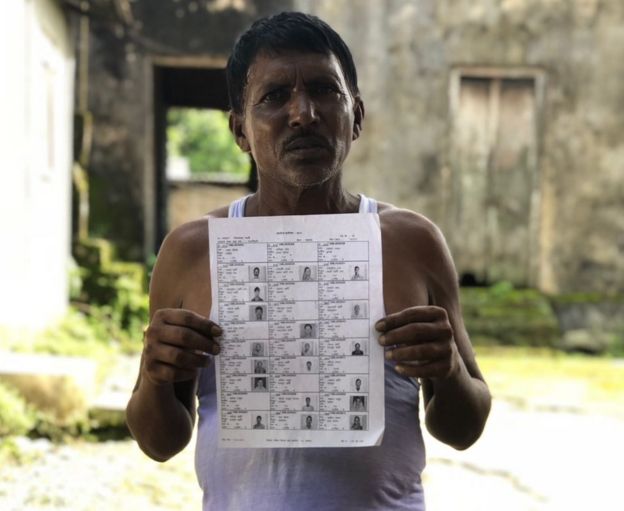 But this does not reassure Hasitun Nissa, who spoke to the BBC's Joe Miller days before the list was published. She has never known a home outside the floodplains of Assam.

It's where the 47-year-old schoolteacher spent her childhood, where she studied, where she got married and where she had her four children.

She said her family arrived in India before 1971 but she expected to be stripped of her Indian citizenship, and feared her land rights, voting rights and freedom would be in peril.

She's not alone. Around four million Bengalis - a linguistic minority in Assam - have now fallen foul of the long, bureaucratic process.

As per the Assam Accord, an agreement signed by then PM Rajiv Gandhi in 1985, all those who cannot prove that they came to the north-eastern state before 24 March 1971, will be deleted from electoral rolls, and expelled.

But activists say the NRC is now being used as a pretext for a two-pronged attack - by Hindu nationalists and Assamese hardliners - on the state's Bengali community, a large portion of whom are Muslims.

Like Hasitun, many Bengalis live in the wetlands dotted along the Bramaputra river, moving around when water levels rise. Their paperwork, if it exists, is often inaccurate.

Officials claim illegal Bangladeshis are enmeshed in the Bengali population, often hiding in plain sight with forged papers - and a thorough examination of all documents is the only way to find them.

But Bengali campaigner Nazrul Ali Ahmed is adamant that the NRC is serving another agenda entirely.

"It is nothing but a conspiracy to commit atrocities," he told the BBC.

"They are openly threatening to get rid of Muslims, and what happened to the Rohingya in Myanmar, could happen to us here".

Such alarming comparisons are dismissed by Prime Minister Narendra Modi's government, which emphasises that the NRC is an apolitical task, overseen by the country's secular Supreme Court. 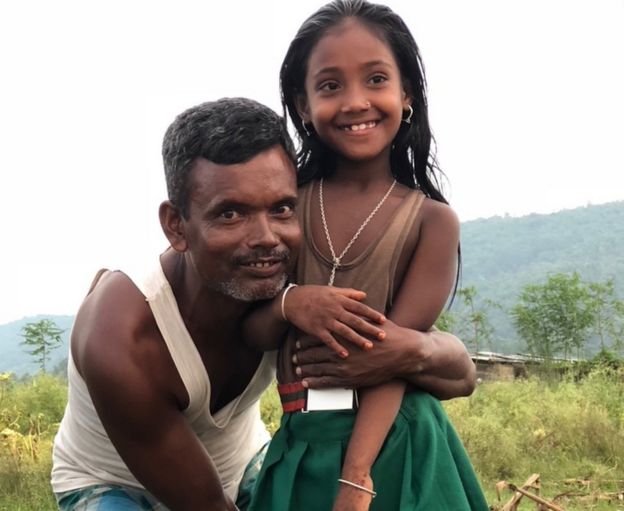 What next for the 'stateless'?

The latest move to make millions of people stateless overnight has sparked fears of violence in what is already a tinderbox state.

Prime Minister Narendra Modi's Hindu nationalist Bharatiya Janata Party (BJP), which rules the state, has insisted in the past that illegal Muslim immigrants will be deported.

But neighbouring Bangladesh will definitely not accede to such a request.

Chances are India will end up creating the newest cohort of stateless people, raising the spectre of a homegrown crisis that will echo the Rohingya people who fled Myanmar for Bangladesh.

After human rights organisations began to express concern, the civil servant in charge of the NRC, Prateek Hajela, released a statement stressing that the law required him to make "no differentiation on the basis of religion or language" in determining citizenship.

Yet the prime minister has never been shy of expressing his preference for Hindu Bangladeshi migrants, whom he says should be embraced by India.

Other "infiltrators", Mr Modi told a crowd in 2014, would be deported.

His Bharatiya Janata Party (BJP) is considering a bill that would enshrine the rights of Hindu migrants in law.

Indeed, a promotional song posted on Facebook by the NRC itself does little to calm the nerves of those worried about a Hindu nationalist witch hunt.

"A new revolution, to defeat the alien enemy, is beckoning," a young woman sings, "bravely let us shield our motherland."

Hardly the stuff you'd expect to hear about a democratic administrative procedure.

Siddhartha Bhattacharya, Assam's law minister, and a member of the BJP, is in no doubt about the fate of those who have been rejected.

"Everyone will be given a right to prove their citizenship," he told the BBC. "But if they fail to do so, well, the legal system will take its own course."

That, Mr Bhattacharya clarified, would mean expulsion from India.

At present, that seems little more than a threat aimed at whipping up Hindu support for the BJP ahead of elections.

No deportation procedures have been put in place, and Bangladesh, already burdened by the Rohingya crisis, has shown no sign of being open to accepting a raft of new refugees.

Nonetheless, campaigners like Samujjal Bhattacharyya are clear that something must be done.

His organisation, the All Assam Students' Union, has been agitating for the expulsion of illegal Bangladeshis - regardless of their religion - for decades.

If deportations don't happen, he says, "the illegal foreigner will intrude upon the corridor of power. We are not prepared to be second-class citizens".

She has firsthand experience of how authorities deal with suspected migrants.

For two years, her husband has been behind bars, leaving her the family's sole breadwinner.

"We have never harmed Hindus. We can live peacefully side-by-side," she says. "But I fear bad news will come."