Where to find relatively untouched and raw Himalayan beauty without distraction from other trekkers.

There are few places untainted by tourism in Nepal, upon which few eyes have gazed—still undeterred, unsurpassed but equally decorated. These five remote places have been attracting daring striders willing to take a chance to encounter pristine wilderness.

Being such a beautiful paradise, it’s a wonder Api Base Camp Trek is still an off-the-beaten-path trek in a lesser-visited region.

The Api route is located in the most remote region of Nepal and is still far behind the rest of the country, in terms of development. Hidden in the remote realms of western Nepal, and despite great possibilities in tourism, this place does not get the exposure and promotion other areas do.

Api Himal Trek boasts unending natural beauty and wildness with a huge valley of grassland. The largest mountains are Api (7132 metres), Nampa (6929m), and Bobaye (6808m), while many more unnamed snow-capped peaks huddle around the valley.

Nature photographer Bikas Darai, who visited with his team last year, said the trail to Api Himal basecamp offers a real wilderness experience. “Beautiful mountain landscape, cultural diversity, rapid rivers and pristine forests are the main attractions of this region,” said Darai. Kali Dhunga lake is one of the most captivating sites along the trail; famous among devotees, it has great religious importance.

The trail can be completed within approximately 11 days. The best months for trekking to Api basecamp are from September to November and between March and May. Darai said the cost of the trek is “surprising reasonable”, costing about Rs15,000. 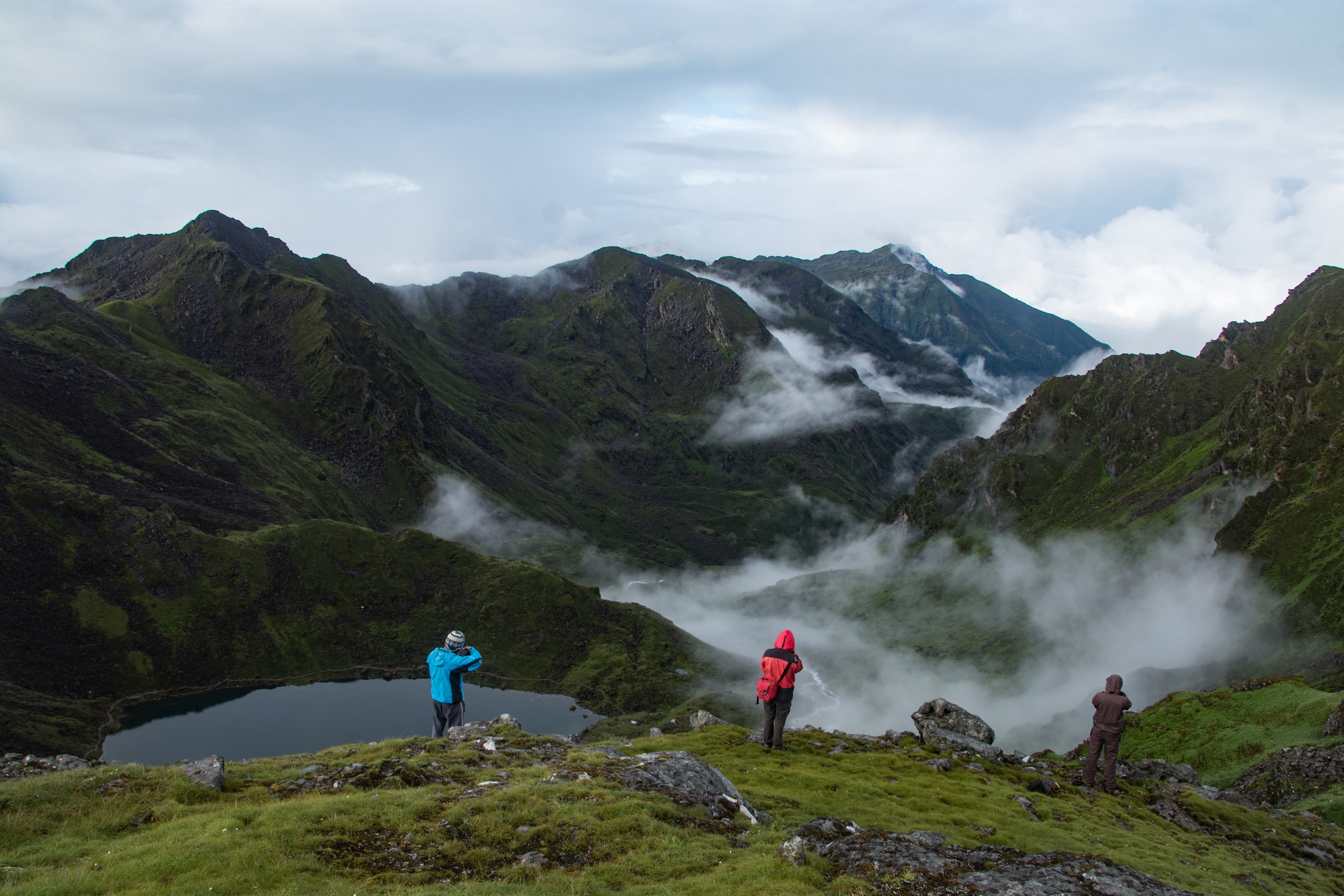 The lake of Jata Pokhari is famous among Hindu devotees, especially during Janai Purnima, when pilgrims bathe in its holy waters. Situated in Ramechhap district, sitting in the lap of Numburchuli Himal, for trekkers it is still a lesser-known trail to tread.

It also falls under the ‘Numbur Himal Cheese Circuit’ Trek, an alternate trek route into the Everest region. The holy lake is decorated with unsurpassed natural charm, diverse flora and fauna and cultural heritage.

Ramesh Chaulagain, who works for Rastriya Banijya Bank, trekked to the hidden gem last year. Chaulagain said it’s difficult to reach the lake as there aren’t any permanent hotels or tea houses, so one has to prepare everything ahead of time.

While there are no dedicated places to sleep, there are many yak shelters along the way. So, if a tent seems too hard to erect and carry, one might be able to convince locals to let them stay under shelter with the yaks. An added bonus of the adventure is all the yak products one can indulge in— from ghiu, cheese, butter to other specialties—with local Chettri, Sherpa and Tamang communities. The approximate cost is Rs 10,000 per person and the trek can be completed in five days. Nar-Phu village is located between the Annapurna range and Manasulu range in Manang.  Courtesy of Home of Treks and extreme expedition

Nar-Phu village, known as the lost valley of Nepal, is located between the Annapurna range and Manasulu range, in Manang. Nar-Phu features a mix of raw Himalayan grit, ancient Buddhist culture, highland greenery and cascading waterfalls.

Visitors will get the chance to explore forgotten and hidden villages lost in time. One can also spend a night in the isolated monastery of Nar Phedi Gompa, perched atop a lone mountain, deep inside the valley. Trekkers can also take the route through this valley to reach Kangla Pass (5320m).

Ram Sharan Upreti, managing director and owner of Mountain Ram Adventures, visited this hidden gem during 2018’s spring season. He said it is one of the best locations for unadulterated trails, with the enthralling and exotic valleys of Nar and Phu villages.

"The village of Phu is incredibly beautiful, untouched, unexplored and very remote, giving the feel of being in the fifth century. Words cannot fully explain its exquisite beauty. You must experience it," said Upreti.

The trek can be finished within 10 to 12 days, while the costs depend on how long it takes for people to do the trek. It costs approximately Rs1000 to Rs1500 per day. Upper Dolpo is home to some of the Nepal’s rarest and most unique animals, such as the snow leopard, blue sheep and mountain musk deer.  Courtesy of Responsible Adventure

Upper Dolpo is a remote area to the north of the Dhaulagiri range in mid-western Nepal. The remote and vast region of Karnali is exquisite, while Dolpo has an abundance of lush green meadows, subalpine and alpine forests and, of course, white-tipped peaks.

Upper Dolpo is home to some of the Nepal’s rarest and most unique animals, such as the snow leopard, blue sheep, mountain musk deer, and many more. The entire district depends on yaks, mules, and horses for transportation, because the area has not had the same exposure as places like Annapurna and Everest.

Avid traveller Rishav Adikhari visited the Upper Dolpo in February last year. “If you love trekking then you will definitely enjoy the wilderness of Upper Dolpo,” said Adhikari

The Upper Dolpo trek can be completed within 20-25 days, depending on trekkers’ abilities. Tsho Rolpa Lake lies between Langtang and Everest ranges. Tsho Rolpa (also Chho Rolpa) is one of the biggest glacial lakes in Nepal, sitting at an altitude of 4,580m in Dolakha district.

The Tsho Rolpa lake trek is one of the least visited trekking routes, however, the place is becoming more popular with domestic trekkers because of its exposure on social media.

Student Rajesh Chaulagain said he took the trek two years ago—it was one of the most memorable he’s ever done.

“We encountered little village settlements, terraced farmlands and crossed numerous waterfalls on the way; the route was fully covered by forests of rhododendrons and the views of the Himalayas were something unforgettable,” said Chaulagain.

The best time of year for Tsho Rolpa trek is during March and April when the forests are painted with various colours of rhododendron flowers and can be completed within about six days. It costs between Rs6,000 and Rs8,000.

Shuvam Dhungana is a crime reporter for The Kathmandu Post. He previously worked for The Himalayan Times and Republica.