Families reach compensation deal in drunk driving case, but case will proceed regardless

While the family of Leela Devkota stands to receive up to Rs10 million in compensation, police say they will continue to pursue a vehicular homicide case against Prithvi Malla.

Prithvi Malla was driving with his three friends after a night of heavy drinking. Photo Courtesy of Nepal Police
bookmark

The family of Leela Devkota, who was killed on Saturday after being hit by a car, has agreed to a compensation package from the family of the driver, a 21-year-old man who was driving after a night of heavy drinking.

In separate interviews, the legal representative for the victim’s family and senior police officials overseeing the case told the Post that the two parties had reached an agreement on compensation before Devkota’s final rites, but no deals were agreed upon to soften the nature of sentencing for Prithvi Malla, the driver.

“Although compensation cannot bring back this mother of four, it will help secure her children’s future,” said Krishna Devkota, the family’s lawyer. “We will put the money into a fixed deposit and will only use the interest, which is expected to equal Leela’s monthly income.”

Krishna, however, asserted that the compensation would in no way compromise the case of vehicular homicide against Malla.

“A case has already been filed and the police are investigating. There is no link between compensation and a compromise in the investigation,” he said. “We have demanded strict action against the culprit.”

Read: She was returning from a temple. Then a drunk driver killed her.

According to Krishna, who is also a close family member, the Devkota family has received Rs1.1 million in compensation from Malla’s family and that a ‘good’ amount was forthcoming.

“They [Malla’s family] have promised that they will provide the remaining amount within 15 days,” he told the Post.

However, according to a senior police officer who is closely following the case, the Devkota family has already received Rs5.7 million and the final compensation amount could reach Rs10 million. The police didn’t clarify whether the amount was provided in cash or a single check.

Days after the story was published, Yadab Devkota, Leela's brother-in-law, told the Post that any reports saying the family has or will receive Rs10 million are false. Yadav said the family wants justice and has appealed that their steadfast commitment to justice cannot be influenced by whatever compensation they end up receiving. 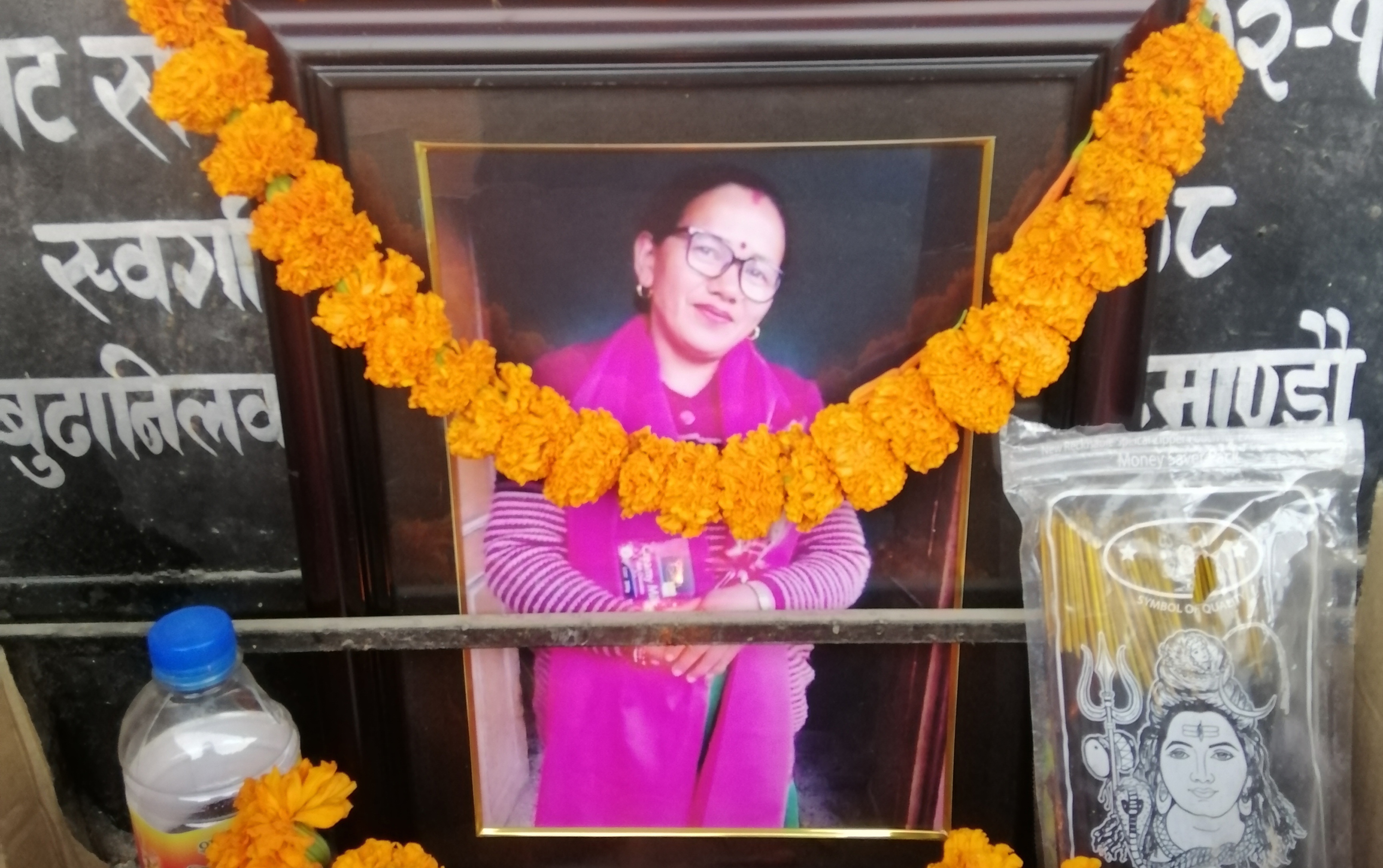 Leela Devkota was killed while returning from a temple on Saturday morning.  Post Photo: Shuvam Dhungana

Multiple police officials the Post spoke to also reiterated Krishna’s assertion that the case cannot be withdrawn as the police have registered the case and the court has remanded Malla in judicial custody for five days.

“As the case has already been registered, it cannot be settled between the families. After finishing their investigation, the police will submit their file to the District Attorney’s Office, which will then decide whether to take the case to the court or not,” said Numaraj Khanal, an assistant district attorney. “Only cases of fraud can be settled by negotiation between the victim and the perpetrator.”

However, the senior police officer who has knowledge of the case and spoke to the Post on condition of anonymity, said that the families could approach the judge and make a plea for leniency based on the compensation provided. The minimum sentence for vehicular homicide, according to the Motor Vehicles and Transport Management Act, is two years in jail. The victim’s family usually receives Rs500,000 as the default amount under third-party insurance when an accident results in death.

“Even if the victim’s family becomes hostile during court proceedings, the case will go ahead,” said Deputy Superintendent Hobindra Bogati, spokesperson for the Kathmandu Metropolitan Police Range. “However, the case will become weak in that scenario.”

According to Deputy Superintendent Umesh Lamsal, chief of the Maharajgunj Metropolitan Police Circle, because Malla did not have a licence on him at the time of the accident, police will be seeking a tougher sentence—closer to the maximum of 10 years in jail.

While Malla claims to have a licence, Lamsal said his family has failed to produce one.

Malla’s five-day judicial custody ended on Thursday and police will be seeking an extension at the Kathmandu district court on Friday.

“We are looking for at least 25 days to properly investigate and build the case,” Lamsal said.

Update: This story has been updated with a quote from a close family member who has denied that they have agreed to a settlement for Rs10 million.