First-time filmmaker and long-time journalist Neelima Vallangi is using her various platforms to raise awareness of the personal effects of climate change.

Apprehensive about the ever-increasing climate crisis, journalist and storyteller Neelima Vallangi is roving across the Himalayan foothills, to tell climate change stories from the front lines. From Upper Dolpo to the plains of Gaur, the Indian journalist is capturing people’s curiosity through the stories she is telling.

“I feel the public is not sufficiently informed or worried about this pertinent issue today because of a huge gap in climate change communication. That is why I decided to start my own outreach campaign,” says Vallangi, who decided to tackle the issue head-on, after being overwhelmed by the disastrous consequences of climate change in India and across the world.

Having been published in various news outlets in her work as a journalist, such as BBC and Al Jazeera, Vallangi started a series of conversations on the crisis on Instagram, where she has over 45,000 followers. It is on Instagram where she simplifies the science behind climate change so the layman can decode the threat of global warming accurately. Vallangi shares information on topics such as greenhouse gases, the fossil fuel industry, and climate justice to interact with her followers because she realised many don’t understand how a warming planet could affect them on an individual level. Deej Phillips
Vallangi realised how urgent it was for the masses to understand the situation at hand, which led to her teaming up with filmmaker Deej Phillips to create a documentary called Demystifying Climate Crisis Through Human Stories, which will be a collection of stories displaying climate change’s consequences for people all over Nepal.
Currently under production, the project started in October 2019 and was self-funded but has managed to crowdfund around $10,000. With the majority of the filming already wrapped up, the team plans to raise more funds before the last phase of filming in April.
Vallangi and her team are now assessing options to air the film, either with the help of media houses and distributors or directly through social media platforms. “We are also in search of local collaborations to be able to screen the film in different parts of Nepal,” says Vallangi. 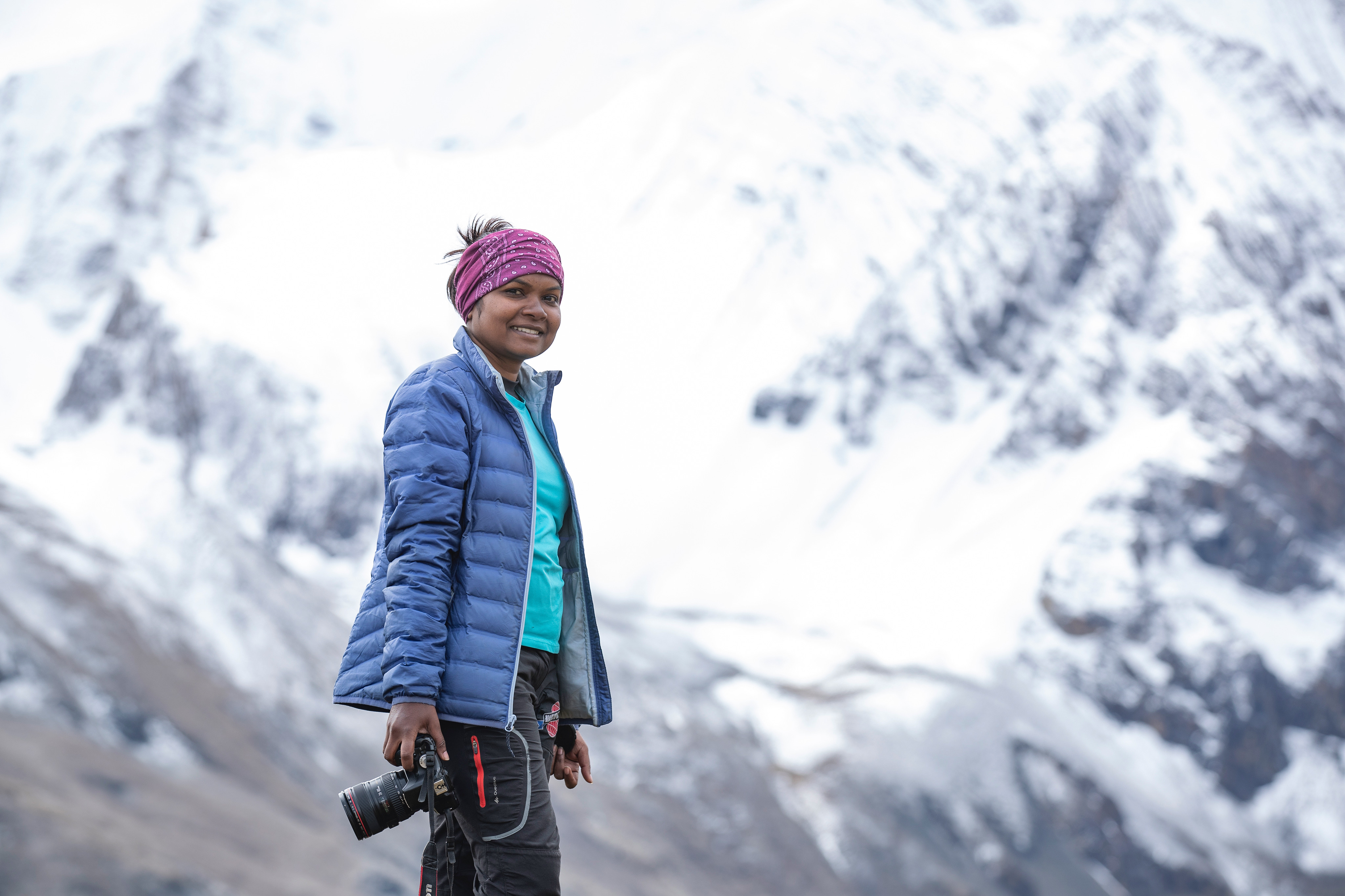 Journalist and story teller Neelima Vallangi is roving the Himalayan foothills to tell climate change stories for the world to see.  Gorakh Bista
Over the course of making the documentary, Vallangi realised the effects of climate change are already devastating South Asian countries and that there is not enough attention given to the crisis here.

“I saw communities being affected by continuous floods, having no adequate assistance or preparation for responding to the disaster. I saw how women’s health and people’s aspirations and opportunities will take a serious hit due to climate change,” shares Vallangi.

The first of the three segments revolves around women’s health and the water crisis. The second segment looks at instances of extreme flooding and how it affects the dreams and opportunities of youths in a community. It has been tentatively decided that the third will be based in the Himalayas, leveraging Nepal’s diverse geography.

Considering the four different stories that Vallangi has researched so far as part of her documentary, she says that if she were to make an observation, it would be that women and children will be disproportionately affected by this unfolding crisis. “I also found affirmation of the idea that the climate crisis won’t possibly create as many new problems as it will severely exacerbate existing environmental, social and economic issues. Unchecked, it will make everything much much worse.”

Vallangi urges her audience to think about unspoken or seemingly unrelated effects too, such as the increased frequency and intensity of flooding in Nepal, erratic rainfall patterns and increased water scarcity. Tropical diseases, like Kathmandu’s Dengue outbreak last year, may also be telltale signs that all of Nepal is already being affected, not just remote areas.

“There are all these reports and studies being pumped out week after week but what is the end result? Who is decoding all these reports, warnings and data for the general public?” adds Vallangi.

There are enough academic institutions working on climate change and the amount of scientific research available in Nepal made it easy for Vallangi to find experts and data to connect the science of climate crisis with what’s happening on ground. It was important from the beginning that the documentary should present the whole story in an enlightening and relatable way, which required a compelling integration of science with storytelling.

“Nepal was perfect that way because there are both powerful personal stories and adequate scientific expertise to effectively tell the overall story of the climate crisis.” says Vallangi. Because of the country’s diverse climate and topography, the stories covered here carry global significance because similar climate-related issues replicate world over.

“Another advantage of filming in Nepal was that the injustice of countries not responsible for creating the crisis having to first adapt to the catastrophic effects could get highlighted,” says Vallangi. “It is an important issue which has stalled the global climate negotiations and we need to talk about that more.”