47-year-old Sherpa is the only climber to have climbed all 14 mountains higher than 8,000 meters twice. 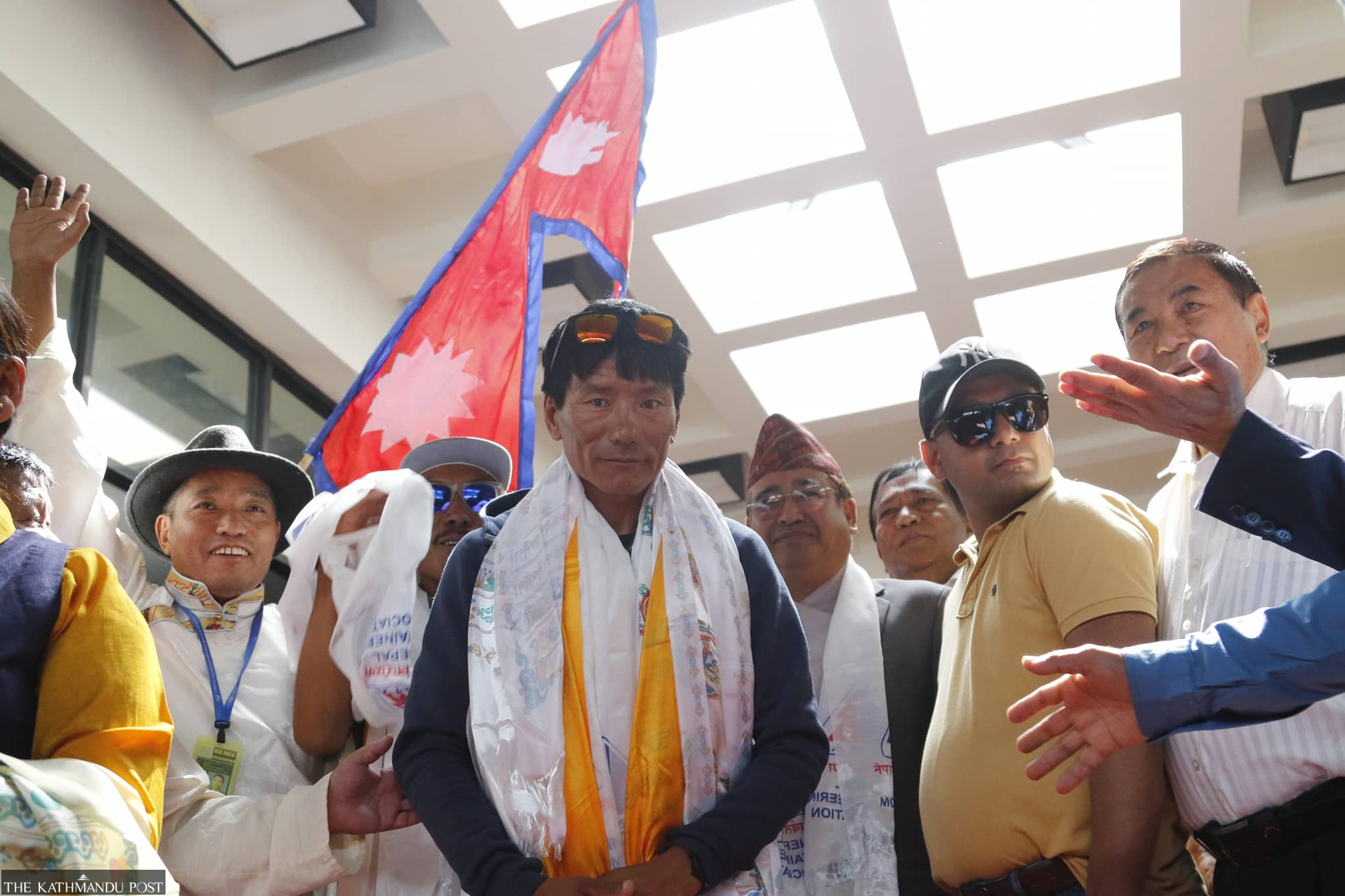 Nepali climber Sanu Sherpa, who has set the record of being the only climber in the world to climb 14 mountains higher than 8,000 meters–eight in Nepal, five in Pakistan and one in China–twice, was welcomed at the Tribhuvan International Airport on Saturday.

The 47-year-old Sherpa from Makalu, Sankhuwasabha became the only climber to climb all 14 8,000-meter high mountains twice in the world after climbing the 8,035-meter-high Gasherbrum-II mountain in the Karakoram mountain range of Pakistan on July 21.

Here are some photos of his arrival by Post photographer Keshav Thapa.