Prime Minister Deuba and leaders of some key parties attend the inaugural session. 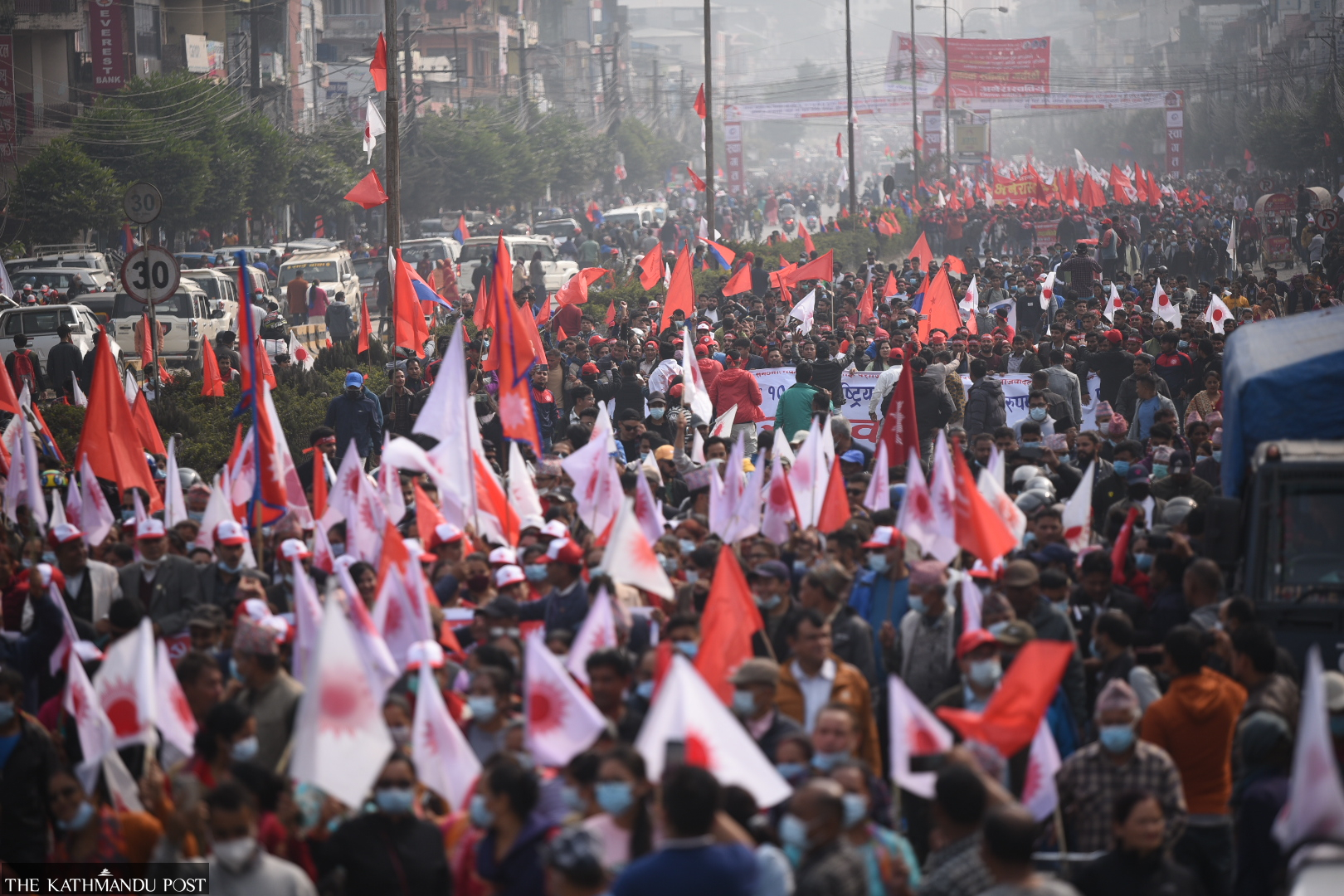 The 10th national convention of the CPN-UML, the main opposition party, kicked off in Chitwan on Friday.

The convention will end on Sunday by electing new leadership for the next five years.

Prime Minister Sher Bahadur Deuba and other key leaders of various parties were present at the inaugural session of the convention.

Nepal formed his own party after splitting from the UML following a months-long struggle against Oli.

Earlier this week, Oli said that since his party does not recognise Nepal’s party, as it was just a group formed by a handful of members who were expelled by the party.

The convention is also being attended by foreign delegates from various countries, including India.

The UML’s 10th congress was inaugurated earlier on Friday by Oli.

Here are some photos captured by Post photographer Angad Dhakal.