A wave of attacks has struck Brussels airport and the metro system, causing an unknown number of casualties.

A series of attacks has struck Brussels airport and the metro system, causing at least 13 deaths, Belgian media say.

The metro system and airport have both been closed.

The attacks come four days after Salah Abdeslam, the main suspect in the Paris attacks, was captured in Brussels.

The Belgian government has confirmed casualties at the airport but has given no numbers. The cause of the explosions is unknown.

The whole metro system has been closed.Belgium has now raised its terror threat to its highest level.

The airport is being evacuated and has been closed to flights.

The Belga news agency reports that shots were fired and shouts in Arabic were heard before the two explosions.

Images on social media showed smoke rising from one of the buildings, amid reports of panic as people fled the airport.

Rail transport to the facility has been halted and people have been told not to come to the airport.

All flights have been diverted.

Other reports say at least one of the explosions was close to the American Airlines check-in area but this has not been confirmed. 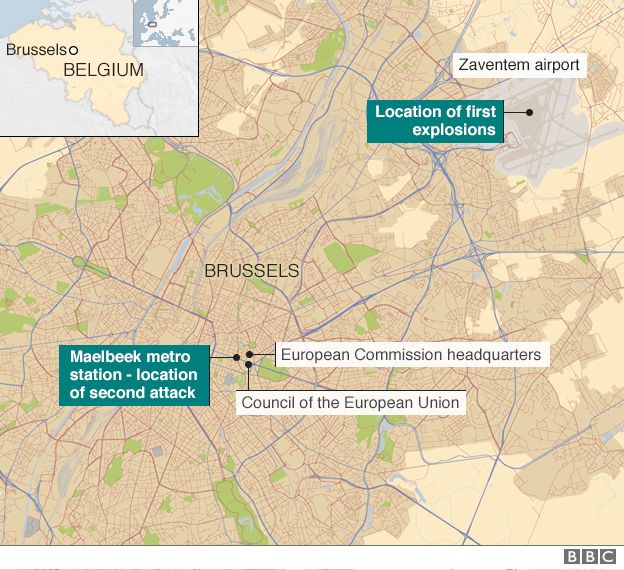 The Belgian broadcaster RTBF quoted a witness as saying there were people injured or unconscious in the departure area, opposite the Sheraton hotel.

Niels Caignau, a Swissport employee, told Flemish broadcaster VRT: "I was on a break and heard and felt a big explosion - we have from here a view over the departure hall and saw a plume of smoke come out.

"The windows are completely shattered. People went outside in shock. It doesn't look good."

There are few reports yet about the metro blast. 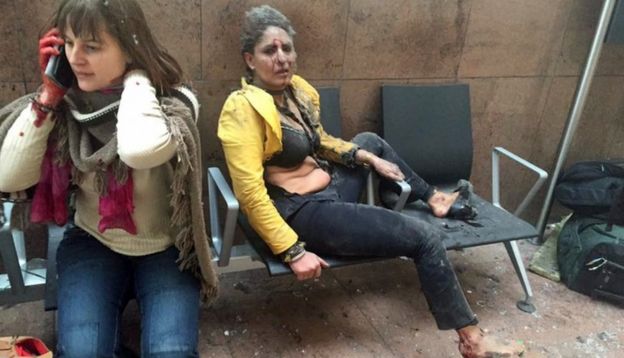 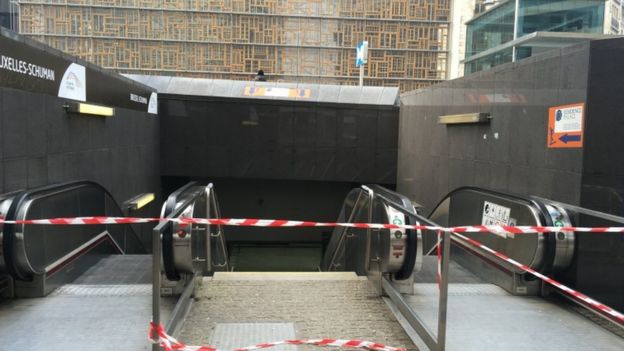 Belgium's Interior Minister Jan Jambon had said on Monday that the country was on the highest level of alert for possible revenge attacks after the capture of Salah Abdeslam.

He told Belgian radio: "We know that stopping one cell can... push others into action. We are aware of it in this case."