The residents of Ram Prasad Rai Rural Municipality, the birthplace of President Bidya Devi Bhandari, have been reeling under acute water shortage for many years. But now that will, hopefully, end. 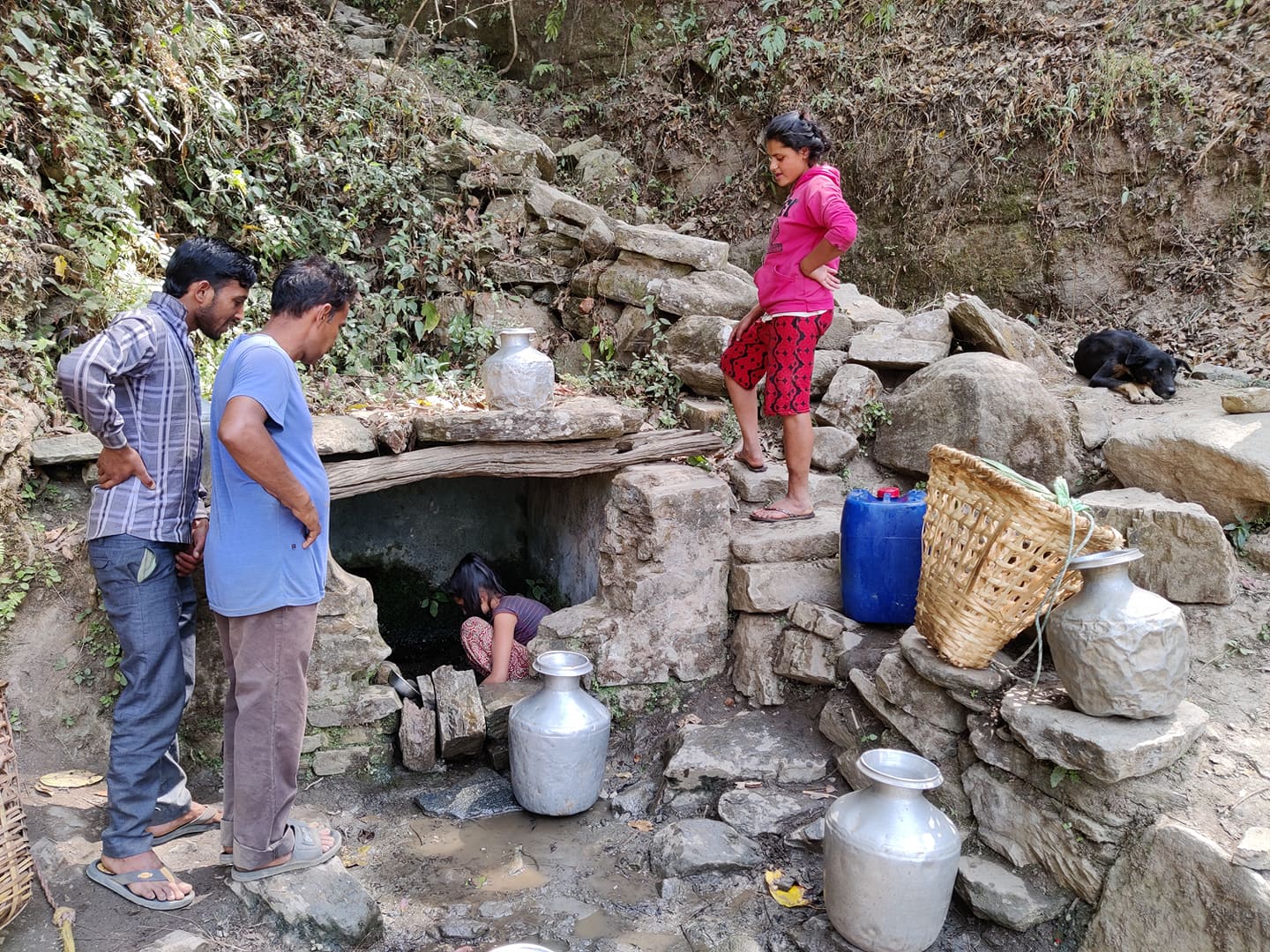 For 84-year-old Manorath Parajuli, a resident of Manebhanjyang in Ram Prasad Rai Rural Municipality of Bhojpur district, carrying a gagri-- a traditional water pot-- and hauling water for drinking other household purposes from a nearby spring is a daily routine.

The same goes for 12-year-old Sabita Prarjuli of Bhorleni, who ferries her jerrycan, plastic bottles and water pot on a doko--a bamboo basket carried with a tumpline-- before going to and after returning from her school.

The situation is similar for most of the residents of the rural municipality, who have been hauling water for years from the nearby spring for lack of a proper drinking water system in the villages. The nearest and the oldest spring in the area is in Jukey Kholsi which is almost an hour’s walk from most of the settlements in the area.

“Many residents have migrated to other places due to the scarcity of water and for those of us who still live here, all of our day is spent ferrying water from the spring,” said Manorath Parajuli. According to a local, Rajan Dhakal, despite multiple efforts of local residents and administration to search for water springs in various places in the area, their efforts have turned futile as they could not locate any water source.

In view of the water shortage, local residents demanded that the authorities work to bring the water from Pikhukhola, which flows through the lower parts of the settlements, through electric pumping to their villages. As a result, the local administration has undertaken the construction of Pikhukhola Drinking Water Project at a cost of Rs 124 million and is in the final stages of completion.

According to Dipak Tamang, Chairman of the Pikhukhola Electric Pumping Drinking Water Project, the project aims to pump up water some 1,300 metres from the river. The water will be collected in several water tanks-- six in the main line and other six in the distribution line--that have been constructed above settlements.

“As of now, we have already had a test run of pumping the water to the main line tanks from the river,” said Tamang, “The project is linking all households with the water pipeline and we will soon start distributing the water.”

Some 420 households of the rural municipality will benefit from the project.

Here are some more photographs by Post's reporter Sahiman Rai that show people in their daily struggle to get water. Sahiman Rai is the Panchthar correspondent for Kantipur Media Group.