Fatema Z Sumar: ‘We are looking for the compact to be ratified by February 28’

The MCC vice president of Compact Operations says it’s within MCC Board authority to discontinue Nepal’s eligibility to receive the $500 million grant and such a decision will end MCC’s partnership with Nepal.

As Nepal’s ruling coalition partners continue to waver on the parliamentary ratification of the Millennium Challenge Corporation (MCC)-Nepal Compact, a top MCC official has hinted at the possibility of discontinuation of the grant if there’s no progress by the end of this month.

Fatema Z Sumar, vice president under the Department of Compact Operations at MCC, told the Post on Friday evening that she believes Prime Minister Sher Bahadur Deuba and the Communist Party of Nepal (Maoist Centre) chair Pushpa Kamal Dahal will act as per their commitments to ensuring the ratification by February 28.

“MCC received a letter from both Prime Minister Sher Bahadur Deuba and Maoist Centre Chairman Prachanda requesting four to five months to gain parliamentary consensus and work together to ratify the MCC-Nepal Compact,” said Sumar in a virtual interview from Washington.

“MCC is now asking that the prime minister and the chairman continue to honour their commitment to work together to ratify the compact by the timeline indicated in their letter—which is no later than February 28.”

According to her, without action by February 28, the MCC Board of Directors will discuss next steps at its March 22 meeting including whether to continue with the compact. “Without ratification, it is within the MCC Board authority to discontinue Nepal's eligibility to receive the 500 million dollar grant from the United States,” she said. “Such a decision will effectively end MCC's partnership with Nepal.”

That a joint letter was sent to MCC was made public by Deuba upon his return from the Climate Summit in Glasgow on November 4. Deuba told the media that he and Dahal had sent a letter to MCC assuring its ratification.

Dahal, however, had denied.

On January 16 also, Mahmoud Bah, acting chief executive officer at the MCC, in an interview with the Post, said that Deuba and Dahal had sent the letter to MCC.

American officials for quite a while have communicated to Nepali politicians about the early passage of MCC from Nepal’s Parliament. While Prime Minister Deuba appears committed to the American grant’s ratification, Dahal as well as Madhav Nepal, two key partners in the coalition government, are against it.

The Maoist Centre believes that some of the provisions of the agreement need amendments as they undermine Nepal’s constitution and sovereignty.

Dahal’s political paper, endorsed by the party’s general convention in December last year, says MCC-Nepal Compact will not be ratified without amending some of its provisions.

The current coalition is now even facing the threat of disintegration over the American grant.

“MCC thanked them for their commitments and acknowledged their plan to increase public awareness of the compact and the positive impact it will have for more than 23 million Nepalis, which is roughly 80 percent of the entire country,” she said without offering any details on the letter.

Nepal has committed an additional $130 million to the MCC’s $500 million. As per the agreement, the funds will be spent on building electricity transmission lines and improving roads.

The MCC-Nepal Compact was tabled in Parliament on July 15, 2019 by Yubaraj Khatiwada, then finance minister in the KP Sharma Oli government. The US grant ran into controversy from January 2020, when some leaders of the Nepal Communist Party (NCP), which was formed after the merger between Oli’s CPN-UML and Dahal’s Maoist Centre, objected to the idea of its parliamentary endorsement. Dahal was one of the key leaders to question MCC’s parliamentary ratification. But the NCP was invalidated in March last year, resulting in the revival of the UML and the Maoist Centre.

By weaponising MCC against Oli in the then NCP, Dahal made a rod for his own back, as a large section in his party now opposes the American grant while he supports a government which is keen on ratifying it.

US officials have made it clear all along that accepting MCC is Nepal’s choice.

In September, Sumar held a series of meetings in Kathmandu with top Nepali leaders, including Deuba. Her visit came a day after MCC offered pointwise clarifications to 11 major questions and supplementary concerns raised by the Finance Ministry.

On whether Nepali politician’s failure to ratify MCC will impact Nepal-US relations, Sumar ruled out such a possibility.

“The US commitment to the people of Nepal will endure whether or not the government of Nepal chooses to accept the MCC grant from the American people,” she said. 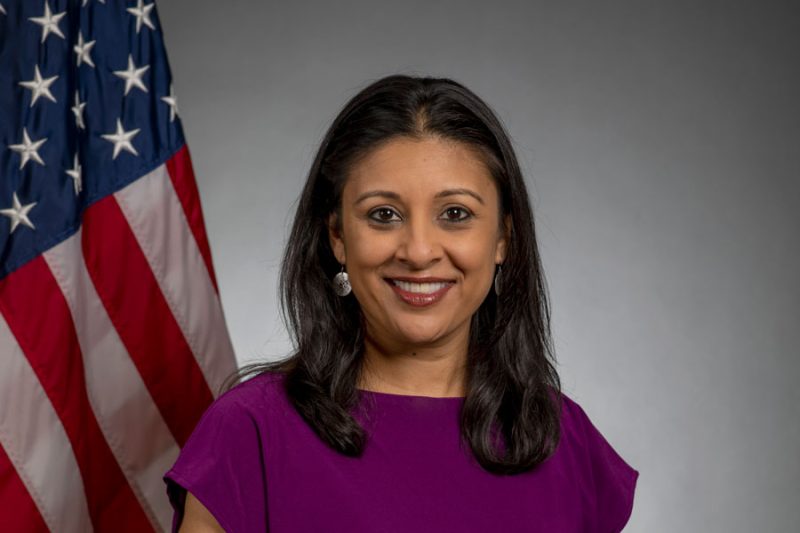 You have stated that the deadline is February 28. Can there be an extension or is it the final deadline?

In their September 29th letter, Prime Minister Deuba and [Maoist Centre] Chairman Prachanda requested up to four or five months to fulfil their commitment to MCC and ratify the compact. So February 28 is the conclusion of that five-month period and we are looking for the compact to be ratified by that date.

There has been a big debate going on regarding MCC in Nepal. Some of the parties and their leaders are demanding amendments to some of its provisions before its parliamentary ratification. What is your take on this?

I want to ask you again… is February 28 the final deadline?

Without action by February 28, the MCC Board of Directors will discuss next steps at its March 22 meeting including whether to continue with the compact. Without ratification, it is within the MCC Board’s authority to discontinue Nepal's eligibility to receive the 500 million dollar grant from the United States. Such a decision will effectively end MCC's partnership with Nepal.

Will Nepal’s failure in ratifying the compact affect Nepal-US relations?

We are very proud of the standing relationship between the United States and the people of Nepal. This is a historic friendship that has gone for nearly more than 75 years and MCC is very proud to be part of this historic friendship. The US commitment to the people of Nepal will endure whether or not the government of Nepal chooses to accept the MCC grant from the American people.

Both the prime minister and chairperson [Dahal] have repeatedly assured MCC of their commitment to ratifying the compact and moving it forward, including in their September 29th letter, in writing, to the board of the MCC. We are taking them on their collective word of their support and looking forward to their leadership in leading the coalition to move this forward to table the compact and ratify by February 28 as they committed to us repeatedly that they will do.

‘Inflation will remain high in the foreseeable future’