The merger will make the new bank as Nepal’s biggest bank with a total capital of Rs52 billion.

Chandra Prasad Dhakal, chairman of Global IME Bank, and Prakash Shrestha, chairman of Bank of Kathmandu, signed the agreement on behalf of their respective organisations.

The new bank, after the merger, will be named Global IME BoK Limited, according to a statement issued by the Global IME Bank.

Five members, including Dhakal, from the Global IME Bank, and two members from Bank of Kathmandu, will represent the board.

Ratnaraj Bajracharya, CEO of Global IME Bank, will continue as the CEO of the bank after the merger as per the initial agreement.

The bank said that an initial understanding has been reached for maintaining the swap ratio of 1:1, the exchange rate of the shares of the companies.

The goal of the swap ratio is to ensure that shareholders are not negatively impacted by the merger and maintain the same value as before. 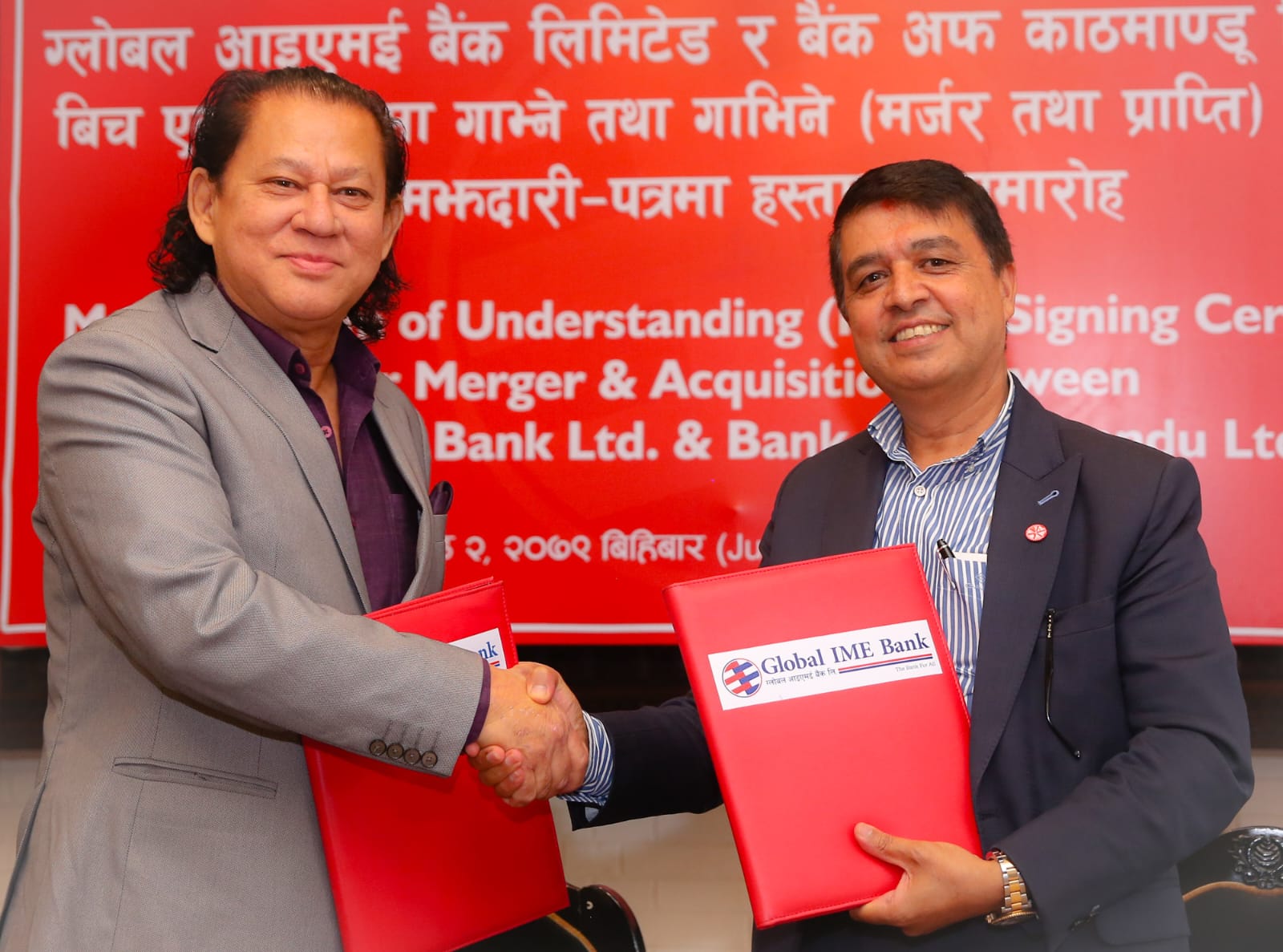 In terms of the total capital, the paid-up capital and business size, it will be the biggest commercial bank of Nepal, the bank said in the statement.

Both of these banks’ net profit until mid-May stood at Rs6 billion.

Both of these banks have 385 branches, 367 ATM counters, 275 branchless banking services and three contact offices in the foreign countries.

Both of the banks have a customer base of 3.7 million.

After signing the agreement, Dhakal said that it’s historic day in the banking history of Nepal.

“Merger is a natural process, however, what matters is what kind of bank it will be after the merger,” said Shrestha.