Krakatau-triggered tsunami in Indonesia kills at least 62, over 580 injured

At least 62 people have been killed and 584 injured after a tsunami hit the coast on Indonesia's Sunda Strait, government officials say.

At least 62 people have been killed and 584 injured after a tsunami hit the coast on Indonesia's Sunda Strait, government officials say.

It says the possible cause of the tsunami was undersea landslides after the Krakatoa volcano erupted. 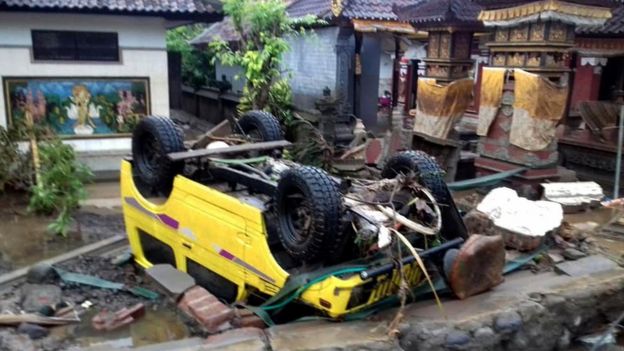 The strait, between the islands of Java and Sumatra, connects the Java Sea to the Indian Ocean.

The disaster management agency warned that the death toll after the tsunami, that struck at about 21:30 local time (14:30GMT) on Saturday, is likely to rise further.

Deaths have been reported in the Pandeglang, South Lampung and Serang regions. 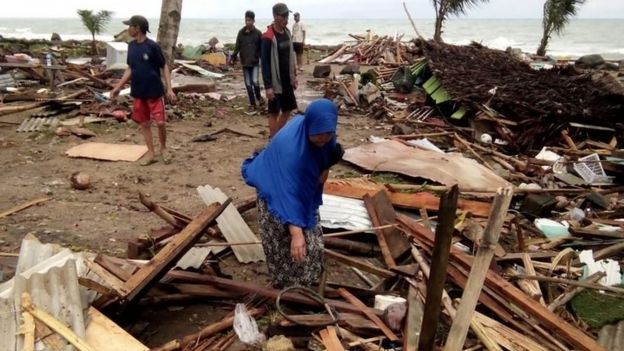 Among the areas hit was the popular Tanjung Lesung beach resort in west Java. There was no warning of the advancing wave.

Footage shared on social media showed a large wave crashing into a venue in the resort, where a popular band, Seventeen, was performing.

The country's Red Cross said it was on the scene and searching for victims in the rubble of one collapsed building.

Afghanistan ends search for survivors of earthquake that killed 1,000

‘Miracle on the Hudson’ pilot steps down from ICAO