The unique mixed bean soup is more than a ritual and so are its stories, fraught with contrasting opinions.

Farmers will have to wait for the rice-borne nourishment from the gods. Harvest is months away. At this time of year, it’s kwati season and sustenance comes from pulses and legumes.

“Back when Kathmandu Valley was a self-sustaining community, this was the time when people ran out of rice for the daily dal-bhat meals,” says Rajan Lal Shrestha, lecturer of Nepal Bhasa language and culture at Patan Multiple Campus. “Kwati must have been the best source of energy.”

Kwati—the famous mixed bean soup—is both a humble meal and hearty sustenance for the toiling farmers, who will spend the next two months filling their storerooms with enough grain to tide them over until this time next year—Gum Puhni, a Newar festival where people offer kwati to frogs before serving it to one another.

The ways of the Valley denizens have fallen into long-forgotten folklore—the fertile land does not sprout many crops anymore, rather concrete monoliths. As a result of no written records, a rumour started—or so the Newar elders say—that kwati must consist of nine beans, a popular interpretation adopted by foodies.

“We were never told there should be a certain number of beans in kwati,” says Prem Hira Tuladhar, a retired professor of Nepal Bhasa at Patan Multiple Campus. “Among all the cuisines in Newar culture, kwati is the most self-effacing—people mixed as many beans they had available in their households or communities.”

Kwati in Nepal Bhasa literally translates to ‘kwa’, meaning hot, and ‘ti’, meaning soup. This “hot soup”, the elders say, provided much-needed warmth to the farmers, who spent days shin-deep in muddy water, as they planted crops in the fields—to be harvested in October—just in time for Yenya Puhni, Dashain and many other festivals throughout the Valley.

Generally the bond between food and festivals in the Newar community is taken for granted, as is its inextricable ties with agriculture, but getting any finite information on the kwati story is fraught with contrasting opinions. Food has become a ritual, without any explication—just interpretation.

Shrestha lays out one of his pragmatic interpretations for this sprouted mixed bean soup: in ancient times, when houses were topped with straw, the monsoon rain would trickle through the roofs, and into people’s homes. People would then put any available vessel under the leak—even scuttles filled with beans. And, drenched in rainwater for days, the beans would naturally sprout. 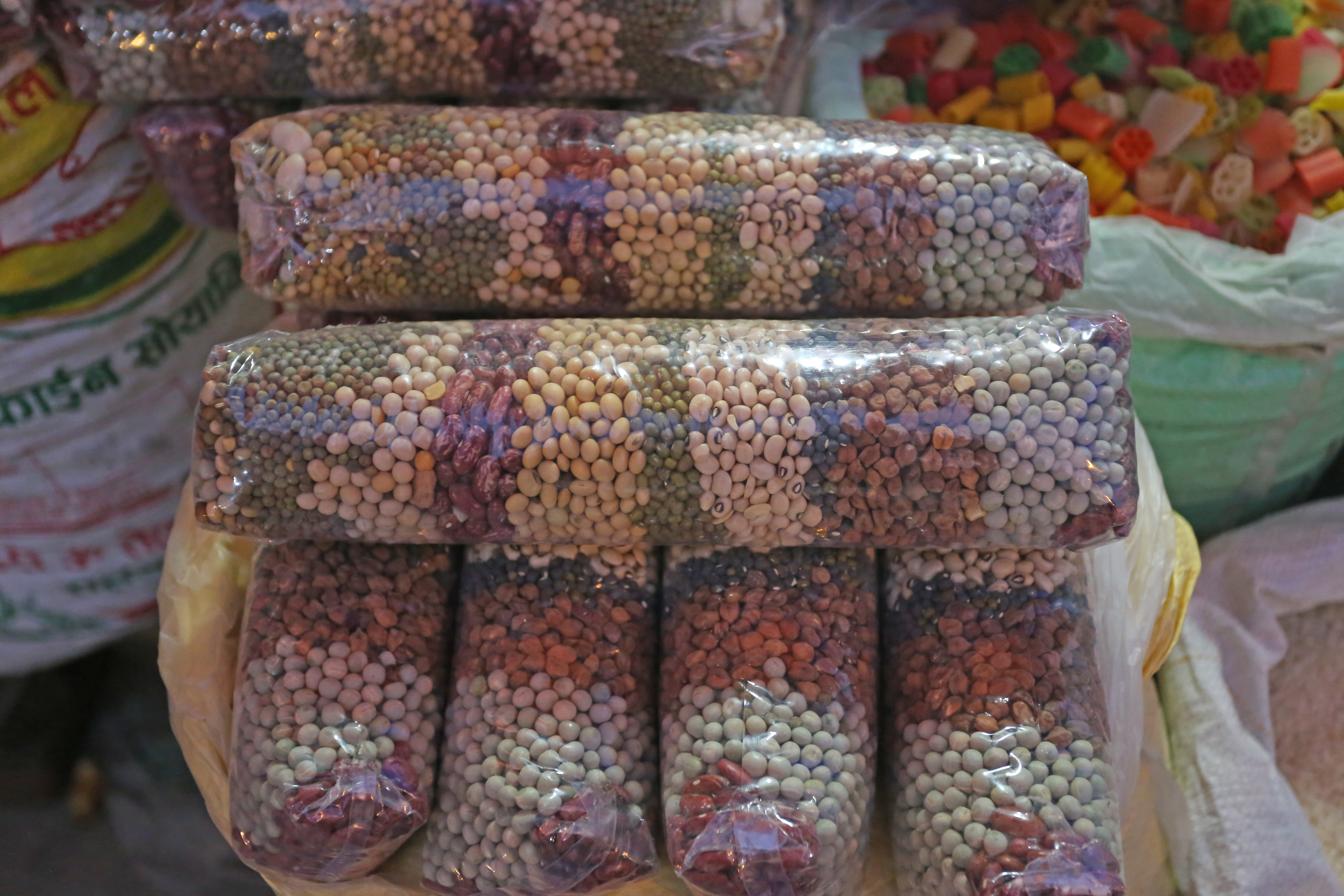 Not to waste a single bead, the sprouted beans would become part of a melange of pulses, in the form of a hearty and nutritious meal. “It is the most practical food during this season,” says Shrestha, citing the beans’ superfood nature, “The body will then be ready for the impending winter.”

According to retired Tribhuvan University history professor Triratna Manandhar, it is difficult to trace the roots and shoots of the soup’s inception—but it could be tied to Buddhism.

“In Buddhist philosophy, it is said that when all varieties of food are mixed in one bowl, it provides optimal potency,” says Manandhar. “Since Gum Puhni, the day we start eating kwati, is primarily followed by Newar Buddhists, they may have been philosophically influenced.”

Such interpretations are aplenty and vary within the Newars of Kathmandu, Patan and Bhaktapur—regardless of their cultural and geographical proximity.

Retired Nepal Bhasa academic Tuladhar, a native of Kathmandu, says the use of nine beans may have originated from the fact Gum Puhni is celebrated on the ninth month Nepal Sambat, the lunar calendar, although this year it lies a month later. Then, there is also a belief that during the month of Gunla festival, people believe in circling the Swayambhunath Stupa nine times. Another peculiar belief is that one should wear nine different pieces of clothing and bathe in nine different taps facing eastward.

However, Patan-based Newar priest Deepak Bajracharya says one should eat kwati nine times and visit the same number of bahis—Buddhist stupas older than 1500 years—out of 18 in Patan. The number nine intersects all Newar communities’ beliefs, while setting them apart as well.

Among the three cities, the most unexpected interpretation comes from Bhaktapur native and cultural anthropologist Tejeshwor Babu Gongah. Of the people the Post spoke to, 84-year-old Gongah was the sole proponent of kwati’s nine-bean description. He believes nine is an auspicious number transcending Buddhism, tying the number to the Hindu concept of Navagraha.

Except for Gongah, all other community elders seem to believe the number is as arbitrary as the choice of bean—which are typically listed as black gram, green gram, chickpea, field bean, soybean, field pea, garden pea, cowpea and navy beans.

But even taking this list as gospel, Manandhar says despite the number many varieties end up in the bowl, the way people count them is arbitrary. One family might count two chickpea varieties as one, while others might not.

“There are two types of chickpeas, navy beans, and garden peas,” he says. “If we were to count all varieties, it will be more than 13 beans in kwati.”

It seems the interpretations are as broad as the community itself. This leaves even broader space for the Newar community—as well as the rest of Nepal—to come up with their own choice of beans or tweak the ingredients, as has always been the norm in the Valley’s kitchens. Drop little balls of flour in, or even a mutton hoof, the variations are endless.

Even referring to the philosophy of Buddhism, followed by the community that invented this unique soupy bean stew, it really loathes idiosyncrasies—so, it is only fair a hearty bowl of kwati is enjoyed without crunching the number of beans in it.